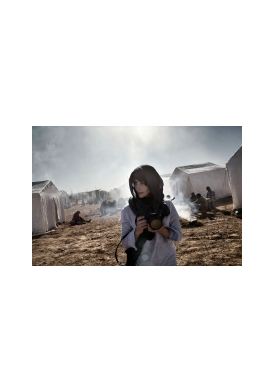 Rebekka is one of the world’s top war photographers. As a woman, she is able to portray a group of female suicide bombers in a more profound way. Her husband and daughters back home can no longer bear the thought of her dying while at work. She is given an ultimatum: Her work, or her family life. The choice seems obvious.