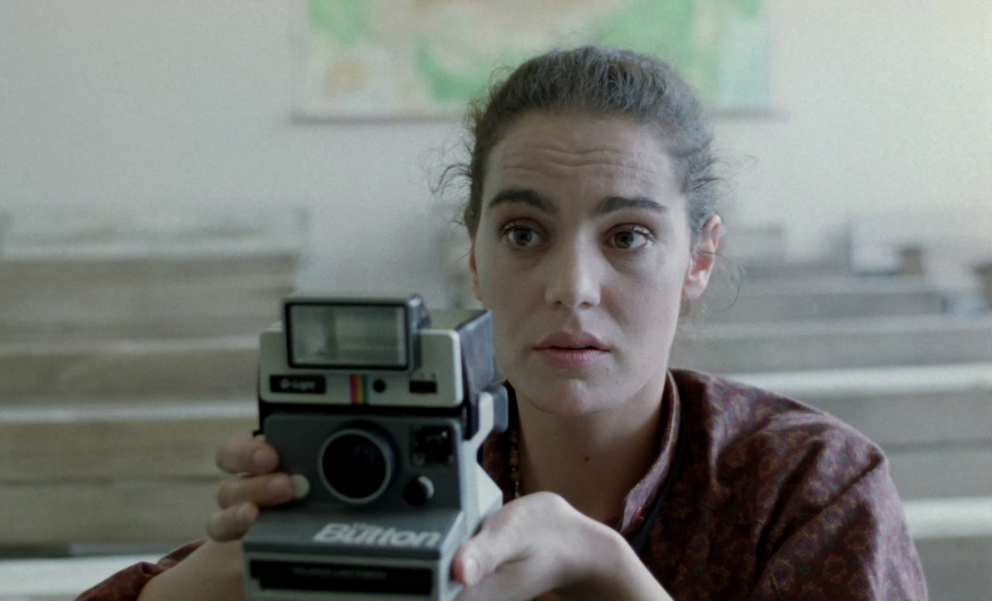 A symbol of the Romanian cinema and theatre, loved and applauded by generations of spectators, actress Maia Morgenstern will be celebrated at the 21st Transilvania International Film Festival (17 - 26 June, Cluj-Napoca). Her immense contribution to Romanian culture will be rewarded with the Excellence Award at the TIFF Closing Gala on the 25th of June, a crowning achievement of four decades dedicated to the stage and the big screen.

"My chance, in cinema, begins and ends with Mr Lucian Pintilie. If he hadn't cast me in The Oak, nothing would have gone further,'' the actress confessed in an interview conducted by Eva Sîrbu and published in 1995 in the “Noul Cinema” magazine. Just two years ago, Maia Morgenstern had won a European Film Award for her memorable role in The Oak where she remarkably played Nela, a nonconformist young teacher who, at the end of the 1980s, leaves Bucharest, marked by the death of her father, and moves to the country, where her life takes a dramatic turn.

Maia was born on the 1st of May 1962 into a family in love with theatre, and in 1985 she graduated from the "I.L.Caragiale" Theatre and Film Institute in Bucharest, in the class of Professor Dem Rădulescu. She made her film debut while still at university. In 1983 she played in în Prea cald pentru luna mai / Too Hot for May (dir. Maria Callas Dinescu), Secretul lui Bachus / The Secret of Bacchus (dir. Geo Saizescu) and Dreptate în lanțuri / Chained Justice (dir. Dan Pița), films that marked the beginning of a long and brilliant career, with over 80 film and television titles. Her selective list of films includes roles in Cel mai iubit dintre pământeni / The Earth’s Most Beloved Son (d. Șerban Marinescu, 1993), Trahir (d. Radu Mihăileanu, 1993), Omul zilei / The Man of the Day (d. Dan Pița, 1997) and Față în față / Face to Face (d. Marius Barna, 1999). She played Mrs. T. in the screen adaptation of Camil Petrescu's novel Patul lui Procust / Bed of Procrustes (r. Viorica Meșină, Sergiu Prodan, 2002), and after 2010 she could be seen in films such as Domnișoara Christina / Miss Christina (r. Alexandru Maftei, 2013), Carmen (r. Doru Nițescu, 2013), Scurtcircuit / Fault Condition (r. Cătălin Saizescu, 2017) or Selfie 69 (r. Cristina Iacob, 2016).

It was the role in The Oak, however, that brought her international fame and opened the way to a long series of collaborations with iconic names in world cinema. In 1995 she collaborated with director Theo Angelopoulos, who gave her a leading role in Ulysses' Gaze, a production that won two major awards at Cannes, and in 1996 she played Edith Stein in The Seventh Room, a film by the legendary Márta Mészáros. A year later, she appeared on the big screen in The Witman Boys (dir. János Szász, 1997). The list continues with international hits such as Mar nero (dir. Federico Bondi, 2008), La Fin du Silence (dir. Roland Edzard, 2011) and The Bra (dir. Veit Helmer, 2019).

The actress's most spectacular appearance on the big screen seems almost predestined. The name Morgenstern, "Morning Star" - loosely translated from German, is another name given to the Virgin Mary, the character she played masterfully in Mel Gibson's controversial 2004 film The Passion of the Christ, which stunned moviegoers upon its release. Maia Morgenstern has become a world-famous and appreciated actress.

Alongside her impressive film work, she has starred in dozens of memorable performances on major stages in Romania and abroad. In 1989 she became an actress at the State Jewish Theatre, which she has been managing since 2012, dedicating her experience, energy and passion to promoting Yiddish culture. Since 1990 she has performed on the stage of the National Theatre “I. L. Caragiale'”, where she created a memorable Medea in Andrei Serban's An Antique Trilogy. Throughout her career, she has collaborated with numerous theatres in Romania including the Theatre of Youth in Piatra Neamț, Odeon, Bulandra, Metropolis, “Radu Stanca” Theatre in Sibiu and National Theatre in Craiova.

Her contribution to Romanian theatre and film has been rewarded over the years with numerous distinctions. In addition to the awards for The Oak, she received the title of “Actress and Woman of the Year 2003”, awarded by the European Parliament in Strasbourg. In 2012 she was awarded the Order of Arts and Letters in the rank of Knight by the President of France, and in 2013 she was awarded the Royal Order of Nihil Sine Deo.

For the TIFF 2018 image campaign, alongside Oana Pellea, Maia Morgenstern reinterprets an iconic sequence from Ingmar Bergman's Persona. In 2022, the actress is once again at the centre of the TIFF visual campaign, bringing back a key scene from The Oak.

Maia Morgenstern will be present at TIFF on the 25th of June also for the world premiere of the film Capra cu trei iezi / The Goat whit Three Kids (d. Victor Canache) where she stars alongside Marius Bodochi, a horror reinterpretation of the famous folklore tale, and during the same evening she is going to be awarded the Excellence Award at the TIFF Awards Gala in the Unirii Square.