BEYOND - The 6th Annual Romanian Film Festival in NYC 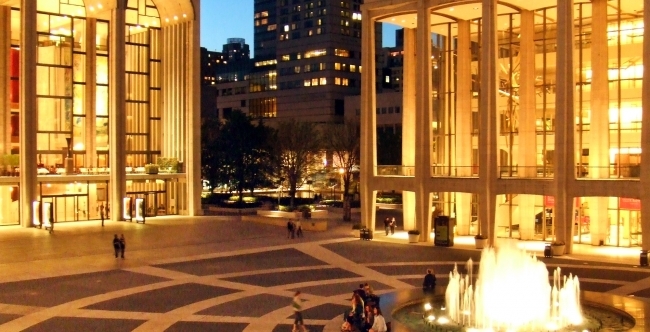 The Romanian Cultural Institute in New York and the Film Society of Lincoln Center are pleased to announce the line-up for the 6th Annual Romanian Film Festival in New York. After five successful years at Tribeca Cinemas, the festival will move to the Film Society of Lincoln Center and will take place from November 30 - December 6. The 2011 edition of the film festival will be dedicated to the memory of Romanian film critic Alex Leo Serban.

"There's no greater reward or recognition," says Corina Șuteu, director of the Romanian Cultural Institute in New York, as well as the initiator and chair of the festival, "than being invited by the Film Society of Lincoln Center to partner in presenting the festival starting this year. I am confident that our consistent work around the inspiring Romanian New Wave achieved such institutional legitimacy. I also am hopeful this is only a new beginning."

"Welcoming the Romanian Film Festival to Lincoln Center feels like a homecoming of sorts," says Film Society Associate Program Director Scott Foundas. "In 2008, the Film Society had the pleasure of working together with the Cultural Institute on a major retrospective of classic and contemporary Romanian cinema, and we are delighted to now present another dynamic program on the 10th anniversary of the Romanian New Wave.”

This year's festival not only offers a change in location and partnership but also in scope and structure. Previous editions of the festival featured an emphasis on showcasing the best and most recent films from Romania’s contemporary cinema, but this year sees an expansion in offering a week-long presentation for the first time ever, offering an overview on the latest Romanian premieres - such as Marian Crisan's MORGEN, Constantin Popescu's PRINCIPLES OF LIFE, Catalin Mitulescu's LOVERBOY, Bogdan George Apetri's OUTBOUND or Radu Gabrea's RED GLOVES – as well as a broad array of special programs providing a more complex perspective on Romanian Cinema.

Romanian Film Festival artistic director, Mihai Chirilov says, “This year's selection of new features shows there is room for innovation and exploration beyond the already celebrated aesthetics of the recent wave of Romanian films. In one way or another, the characters in these movies are driven to go beyond – borders, routine, mundane reality, even themselves. Joining these films are treasures from the past that deserve to be rediscovered, completing the whole picture of contemporary Romanian cinema.”

First and foremost, the festival will honor Liviu Ciulei, one of the legendary masters of Romanian theatre and film, who passed away this October. NYC audiences will get a chance to see, in new prints, produced with the support of the Romanian National Film Center, the very first U.S. retrospective of Ciulei's outstanding directing career.

The Romanian Film Festival in New York City was initiated in 2006 as a partnership of the Romanian Cultural Institute in New York (RCINY) with the Transilvania International Film Festival (TIFF) and Tribeca Cinemas. The partnership with TIFF, Romania’s leading film festival, which continues this year, has extended beyond the NYC festival to facilitate the presence of American film professionals to the past two editions of TIFF, an initiative that will continue and expand. Initiated and chaired by Corina Şuteu, director of RCINY, the festival selection committee also includes Mihai Chirilov, Artistic Director, Scott Foundas, Associate Program Director of FSLC, and Oana Radu.

Tickets are now on sale both at the box office and on-line. A 4-ticket festival package is also available.