A Blast of Supernovas at Transilvania IFF 2020 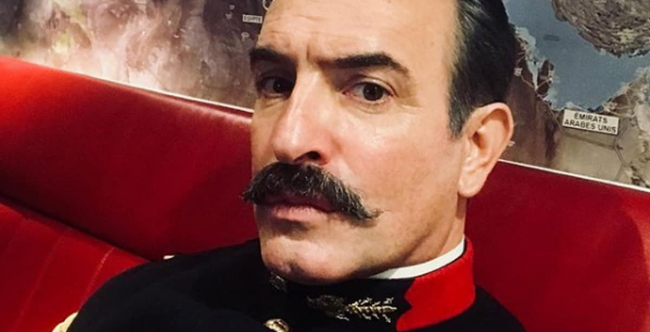 The 19th edition of the Transilvania International Film Festival is set to offer audiences in Cluj-Napoca a strong collection of multi-award-winning films between May 29 and June 7, 2020. Roman Polanski, Catherine Deneuve, Juliette Binoche, Kristin Scott Thomas, Jean Dujardin, as well as young but spectacularly rising stars feature in the first titles confirmed at TIFF 2020, primarily in the Supernova section, which come from Venice, San Sebastian, and Toronto.

Roman Polanski’s new film J’accuse (An Officer and a Spy), which deals with the Dreyfus Affair, won the Grand Jury Prize at Venice and filled  cinemas in France, but also reopened the controversy surrounding the director himself. Public opinion oscillates between praising the film and Jean Dujardin’s memorable turn and addressing the new accusations against Polanski himself. “An absolute master class in how to make a historical film,” says The Guardian of the film, which features Louis Garrel, Emmanuelle Seigner, Mathieu Amalric, and Melvil Poupaud.

Hirokazu Kore-eda’s first feature produced outside Japan, La verité (The Truth), also deals with French celebrity: “One of Deneuve’s greatest performances,” says The Times of the lead actress’s role as a celebrity confronted by her own daughter (Juliette Binoche) following the publications of her memoirs. Deneuve received a lifetime achievement award at TIFF in 2008. La verité opened the most recent Venice film festival.

Based on real events, Jan Komasa’s Corpus Christi follows the fascinating trajectory of a young man who is hell-bent on becoming a priest despite his criminal record. This intense and unpredictable drama revolving around the fraudulent takeover of a parish won two awards in Venice and became Poland’s Oscar submission this year. Pietro Marcello’s Martin Eden, which transposes Jack London’s novel to Italy and to a different time period, also speaks to transformation. In his role as a self-taught worker tortured by high-minded aspirations and by his love for a young bourgeoise, Luca Marinelli is a “force of nature in every scene,” according to The Hollywood Reporter. The performance was awarded with the Copa Volpi for best actor in Venice.

The complex relationship between parents and children is explored in two titles coming from Venice and Toronto. Madre, the fifth title from Rodrigo Sorogoyen, winner of the 2014 Transilvania Trophy for his Stockholm, incorporates the homonymous short nominated for an Oscar in 2017 and continues the story of the mother who lost her six-years-old son ten years later, when upon moving to the town from which her son disappeared, she meets a 16-year old with a strong physical resemblance to her son. Fear, despair, and hope commingle in a metaphysical drama of rare intensity.

Babyteeth is Australian director Shannon Murphy’s dramatic, funny, moving, stylish, and dynamic debut. Two parents discover that their cancer-stricken 16-year-old daughter (played by Sharp Objects star Eliza Scanlen) has fallen in love with a drug dealer. What shall they do? “The most youthful and surprising entry in this year’s Venice competition,” as Variety calls it, brought Toby Wallace the Marcello Mastroiani Award for emerging actor in Venice.

Humor is the card on which the director of the world phenomenon The Full Monty, Peter Cattaneo, bets in his comedy Military Wives, which premiered in Toronto. Based on the real story a successful British choir made up of wives of Afghanistan-deployed military, this is, according to Cattaneo himself, “an honest story about people who like to make each other laugh.” Kristin Scott Thomas leads the cast.

Finally, cinephiles will get to enjoy a special film: Jonás Trueba’s La Virgen de Agosto (The August Virgin) about a 33-year-old woman who decides to spend the summer in a traditionally deserted Madrid. Her late-night talks, parties, and longings are reminiscent Eric Rohmer, but the film is youthful, melancholy, and disarmingly tender. It showed at San Sebastian and received a special mention at Karlovy Vary.