The Dacians were the first to watch films at the Transilvania IFF, in the 20th Anniversary Promo Clip 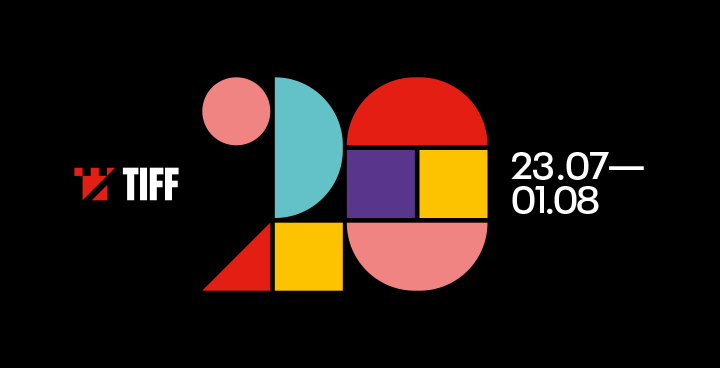 The mysterious apparition of a monolith disturbs the quiet existence of a Dacian community in the image campaign for the 20th edition of the Transilvania International Film Festival (July 23-August 1, 2021). The promo clip, signed by the British-Romanian duo Anton and Damian Groves and based on a concept created by the festival team, re-enacts man’s bizarre first encounter over 2000 years ago with the fascinating world of cinema on the very location where the city of Cluj-Napoca hosts the festival nowadays. The image campaign is launched around special day in the history of the Transilvania IFF: on June 3, 2002 the official opening of the first edition took place.

“For the video campaign of the 20th edition, we thought of revisiting TIFF’s origins, but instead of returning to 2002 Cluj-Napoca, a glitch sent us 2002 years back to Napoca,” says Transilvania IFF Artistic Director Mihai Chirilov. “It’s a time of re-writing history (the kind that historical films have always been doing anyway), and since any kind of time travel invites anachronism, we dared to imagine a different, more playful, cinephile beginning to the festival: an ancient origin story of the kind Romanians tell themselves, but with Dacians eating popcorn out of Hungarian kürtőskalács while watching Sergiu Nicolaescu’s 1966 The Dacians projected on the mysterious alien monolith borrowed from Kubrick’s  1968 2001: A Space Odyssey. It’s our own way of saying that TIFF itself landed like a UFO in the Cluj of 2002.”

A Libra Film and Studio Set coproduction, the 2021 official TIFF promo clip is written and directed by brothers Anton and Damian Groves. This is their eighth year working on the festival’s image campaign. The shoot was done on location at the Dacian Furnaces archaeological site in Medieșu Aurit, with the support of the Satu Mare County Museum, and in the Hoia Forest in Cluj. The Director of Photography is Bogdan Orcula, and the editing was done by Edi Pârvu. Producer Bogdan Crăciun worked with the Cultural Associations Terra Dacica Aeterna Cluj-Napoca and Omnis Barbaria Baia Mare on the historical details. The costumes were made by Anca Miron and Sonia Constantinescu, the production design is signed by Raluca Ioanovici, and the make-up was done by Bianca Boieroiu.

The official poster also marks the 20th anniversary with its colorful “20” illustrating unforgettable moments and the creative energy that runs through the city during the festival each year since 2002.