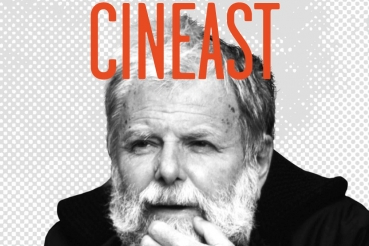 A "must have" for any film aficionado, the box-set contains all of Pintilie's films, as well as a bonus disc with over 200 minutes of extras. The event will be followed by a screening of never before seen footage of master Pintilie introduced by Cristi Puiu at Cinema Arta, from 6.00 PM. Free entrance.

These ten video excerpts recreate the portrait of Lucian Pintilie through a series of film lessons, colloquiums, press conferences, and TV shows, complete with the tribute paid to him by the Transilvania International Film Festival and MoMA which presented a full retrospective of Pintilie's work in his presence. The videos were re-worked by editor Dana Bunescu, and Lucian Pintilie and film critic Mihai Chirilov made the selection.

6. Next Stop Paradise: A Cinema Lesson

7. The Afternoon of a Torturer: A Cinema Lesson

8. Niki and Flo: A Cinema Lesson