This is the End: the phobia of the end, in the thematic section of TIFF 2013 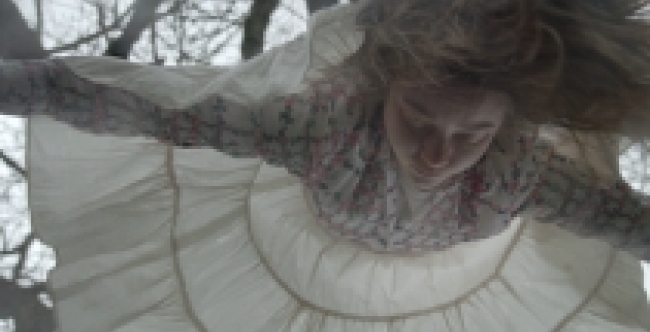 The 12 films competing for the FIPRESCI award focus, in different ways, on various personal or world apocalypses.

Old age, death, dying relationships, diseases, world turned upside down or simply disappearing. Willy-nilly, the whole "2012 – the end of the world" became a means for putting various obsessions on film, from Von Trier's Melancholia to Haneke's Amour, from the global apocalypse to the personal one. This is what This is the End is all about, says the artistic director of TIFF, Mihai Chirilov. Obviously, it is not a very optimistic section, but there are also films which deal with the end in less somber ways.

A mixture of black comedy and metaphysical sci-fi similar to Tarkovski's Stalker, Me Too by Alexei Balabanov send various characters played by non-professional actors, in a bizarre and without return "tower of hapiness". The film premiered in the Orizzonti section of Venice. Also from Venice comes La cinquième saison (by Peter Brosens & Jessica Woodworth, authors of the previous TIFF competition entry Altiplano), the story of a mysterious natural disaster which ruins people's lives in the Ardennes. Also with the apocalypse – this time a devastating disease – deals El Limpiador (by Adrian Saba).

An old lady is escorted on her last journey by the villagers in Panihida (by Ana Felicia Scutelnicu), a fiction-documentary hybrid about burial rituals in a Bessarabian village. The five prison escapees from Los Salvajes (by Alejandro Fadel) also embark on a last journey that will turn them against each other; the film was selected in Cannes' Semaine de la Critique.

The pain of death and the power of imagination which can keep the loved ones alive are the themes of the three different stories of Living/ Zhit (by Vasili Sigarev), a surreal-metaphysical film screened in Rotterdam and awarded by the critics jury in the goEast FF.

The young protagonist of Hors les murs (by David Lambert) is living a troubling love story about dependence while a marriage reaches the dissolution phase in Lifelong (by Asli Ozge), which is set in an elegant and atypically shot Istanbul. A fascinating essay about death seen through the eyes of some adolescents lost in the woods, Leones (by Jazmín López) reminds audiences of Terrence Malick and Gaspar Noé. Similarly thrilling is the Thai experimental film about the disappearance of memory 36 (by Nawapol Thamrongrattanarit) winner of the Pusan trophy.

The 12-film selection encompasses two documentaries: Forget Me Not (by David Sieveking), a dramatic charming and funny film about the director's Alzheimer-suffering mother and The Last Black Sea Pirates (by Svetoslav Stoyanov), the story of the disappearance of the romantic world of the Black Sea pirates.