18.05.2012 12:29
The Romanian artist often compared with Marcel Duchamp and scouted by the world’s distinguished galleries and museums, Mircea Cantor, will star in one of TIFF 2012’s special events. 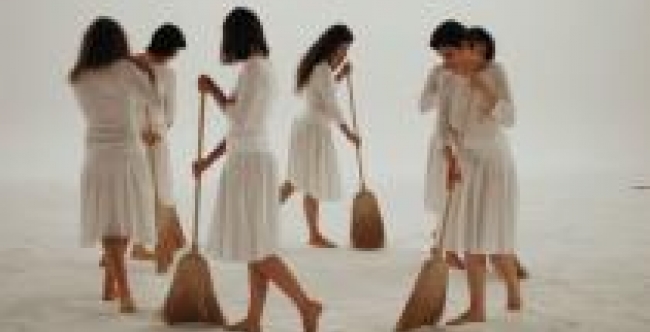 For the first time, a few of his video works will be screened in Romania, outside the space they were initially conceived for – the gallery. The artist will attend the screening, giving the audience in Cluj a chance to meet him and take part in discussions.

„Mircea Cantor is on the gallery of Romanian artists who are far more known and valued abroad than in their home country. (...)The screening of his video short films in a cinema is a special program at TIFF by which we try to fix this abnormality”, says the artistic director of the festival, Mihai Chirilov.

Mircea Cantor creates images that are at once crystalline in their clarity, yet deeply paradoxical. They are concerned with issues of memory, history, oppression, and the futility—and necessity—of hope. While his thematic concerns may reflect his identity as a Romanian-born artist, his work is also accessible and universal. As he has said, refusing to be pigeonholed by identification with one nation, “art is my country.”

Mircea Cantor was born in 1977 in Oradea and, at the moment, lives in Paris. After moving to France in 2000, four years later Cantor won the most important award granted to young French artists – the Paul Ricard Award, one of his works being purchased by the Museum of Modern Art in Paris. In 2011, the Romanian artist received the prestigious Marcel Duchamp Award and this year he will host his own exhibition at Pompidou Centre in Paris.