Not to be missed: „The Transylvanians Trilogy” 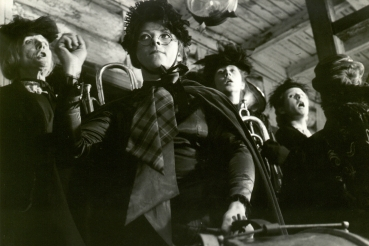 The Transylvanians Trilogy comes on new 35 mm copies, presented last autumn at Making Waves: New Romanian Cinema in New York. The threee films shot in Bucharest based locations create an image of the Wild West and feature some of the most important actors of the time such as Ilarion Ciobanu, Ovidiu Iuliu Moldovan and Mircea Diagonu as peasants reaching America.