Panels and launches on Day 7 at TIFF 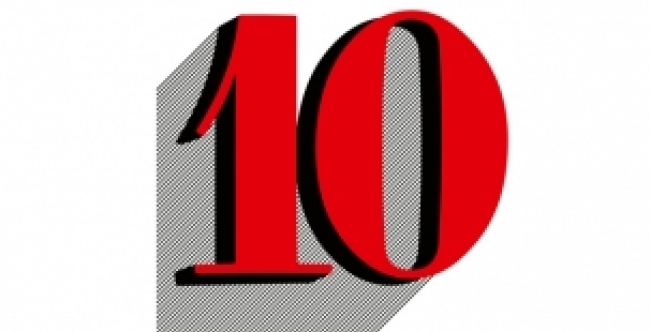 The seventh day of the festival, Thursday, June 9, brings a series of launches that will attract both the public and the festival guests.

At 5.00 p.m., for one hour, at the TIFF Lounge in Unirii Square, TIFF and the Romanian Cultural Institute in New York will organize a round table on 10 YEARS of the Romanian New Wave in the U.S. and internationally. The panel moderated by Corina Şuteu – ICRNY director, will be attended by guests such as Laurence Kardish (Curator for film and cinema at MoMA), David Kwok (Director of Programming al Tribeca Film Festival in New York), Basil Tsiokos (programmer at Sundance Film Festival and film critic at Indiewire) and Margaret von Schiller (Mingus Films).

During this round table, the 2nd  issue of the special, English-language magazine AperiTIFF 2011 will be launched, magazine which offers an ample analysis on the Romanian cinema phenomenon during the past 10 years. The publication, produced with the support of the Romanian Cultural Institute and ICR New York, was coordinated by Mihai Chirilov, Artistic Director of Transilvania Film Festival.

From 1.00 p.m., the TIFF Lounge in Piaţa Unirii will also host the DVD launch of Morgen (dir. Marian Crişan). A funny, simple and charming film, screened within the Romanian Days at TIFF 2011, Morgen was nominated for 11 Gopo Film Awards and won 3 important awards both at Locarno and Thessaloniki Film Festival.

Another DVD launch will take place at TIFF Meeting Point, from 4.30: The World According to Ion B. (dir. Alexandru Nanau) – one of the most successful recent Romanian documentaries, produced by HBO Central Europe and Alexander Nanau Production. The only Romanian film so far to win an Emmy International award (in the Arts Programming category), the film directed by Alexander Nanau tells the incredible story of Ion Bârlădeanu, who became over-night, from a homeless in Bucharest, a worldwide recognized artist.