A record-breaking edition for TIFF 2022 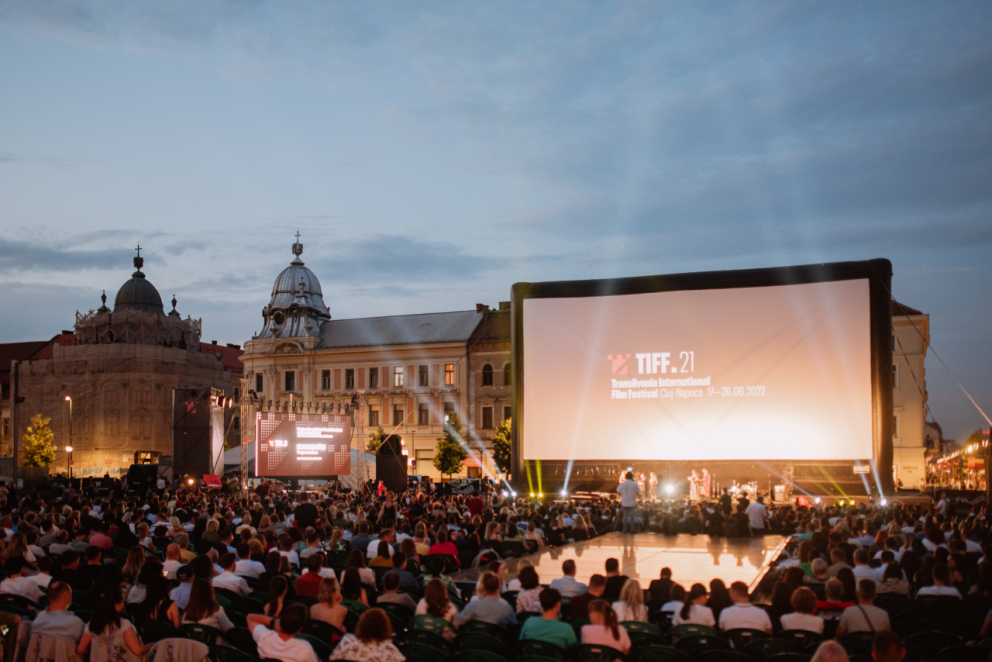 The 21st edition of the Transilvania International Film Festival ended spectacularly on Sunday, June 26, setting a new record in the history of the event. The 200 films from 55 countries brought 102,000 ticket payers in front of the cinema screens, 8% more than in 2019, the year in which the previous record was set. Free access events, including TIFF family activities, TIFF Lounge meetings, art museum exhibitions, Ukrainian Street Food Day, as well as screenings and concerts for which Ukrainian citizens had free access, contributed to the final numbers, which indicated over 130,000 participants at TIFF 2022.

The most watched films of the edition were Call Jane (Phyllis Nagy), Maigret (Patrice Leconte), Metronom (Alexandru Belc), Lost Illusions (Xavier Giannoli) and The Unemployment Club (David Marqués). The most popular event in the program was the special screening on the last night of the festival. Official Competition, the new film of the Argentine directorial duo Mariano Cohn and Gastón Duprat, attracted over 3,200 ticket payers in Unirii Open Air.

The enthusiasm of the public was also translated through dozens of sold-out events. As every year, dinners inspired by the films in the Film Food program sold out quickly. Among the films that ran behind closed doors were many of the local titles from the selection of the Romanian Film Days. The most watched were The Goat And Her Three Kids, the debut of director Victor Canache, awarded the Audience Award for the most popular Romanian film, A Higher Law, directed by Octav Chelaru, and the documentary You Are Ceausescu To Me (directed by Sebastian Mihailescu).

Among the most loved and voted films was also The Last King: Behind the Iron Curtain, produced by John Florescu, which had a special screening at TIFF 2022.

The musical events were a real success at this edition as well. The most popular of them was the concert of the legendary Eliades Ochoa, founder of Buena Vista Social Club, which 2000 fans came to listen to at TIFF. Equally appreciated was the Nosferatu cine-concert, accompanied by artists from the Hungarian State Opera in Cluj-Napoca, which was attended by over 1,800 spectators.

Cinema lovers can already make plans for TIFF 2023. The 22nd edition will take place between June 16 and 25, in Cluj-Napoca. Until then, the most appreciated films from the festival will be screened in Bucharest, between July 21 and 24, at Elvira Popescu Cinema. TIFF films will also stop in the country, in Sibiu (July 7-10), Reșița (August 5-7), Alba-Iulia (at Alba Iulia Music & Film Festival, between August 19-21) and Oradea (September 2-4 ). More details will be announced soon.

The TIFF organizers also announced the first edition of a new film festival, organized in Constanța between September 8 and 11. SUNSCREEN proposes a new event concept, with Box Office successes, cine-concerts and cine-culinary experiences, in an extensive program curated by the organizers of the largest festival in Romania dedicated to cinema.

Highlights and video montages from the festival can be watched on the TIFF YouTube page.