Of Snails and Men, Awarded in Warsaw

24.10.2012 13:07
Of Snails and Men by Tudor Giurgiu, one of the most successful Romanian feature films of the decade, also proves its worth on the international festival scene. 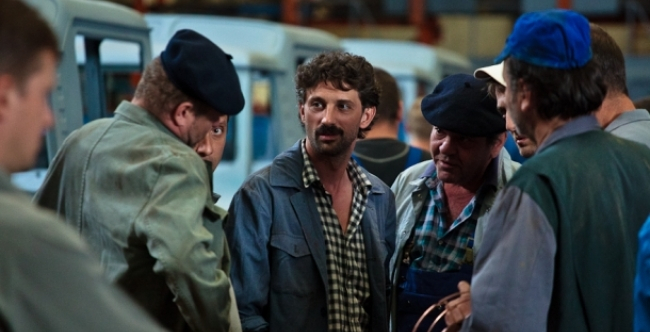 Thus, the film received the Special Jury Award of the 28th edition of Warsaw Film Festival (12-21 of October 2012), one of the most important competitive cinematic events in the world, member of the International Federation of Film Producers Associations (FIAPF).

Established in 1985, Warsaw Film Festival is a key event of the international film industry which takes place, every year, at the beginning of October, in the Polish capital. The American weekly entertainment-trade magazine Variety lists the festival among the 20 most important similar events in Europe.

The Romanian feature played in the international competition, next to other 17 films, and drew the attention of the Polish distributors who are interested in distributing the film domestically. In addition, following its successful Warsaw screenings, Of Snails and Men was invited to the Edinburgh International Film Festival (20 June – 1 July), the oldest film festival in the world and, at the same time, one of the main attractions of the international film industry.

Soon, Of Snails and Men will be screened in the Meeting Point competitive section of Valladolid International Film Festival (20-27 October).

Of Snails and Men is a Romanian-French joint venture produced by Libra Film (Romania) and Agat Films (France).