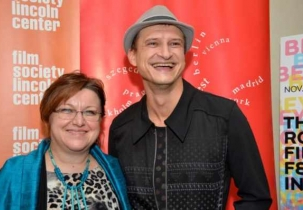 A longtime partner of Transilvania International Film Festival (TIFF), the Romanian Cultural Institute in New York continues and extends its collaboration with the Transilvania IFF. RCINY supports the presence of a delegation of North American film professionals at TIFF.

The North American delegation will attend screenings of the most recent Romanian productions, and take part on June 7th in a discussion moderated by RCINY Director Corina Şuteu and Mihai Chirilov, Artistic Director of TIFF and curator of the Romanian Film Festival in NYC, on the challenges and opportunities of Romanian film distribution in the United States.

On June 7th, for the already established program HBO Day, HBO brought to Transilvania IFF a lineup of five documentaries and the multi-awarded TV mini-series Mildred Pierce. Directed by Todd Haynes, the film stars Kate Winslet in a role that brought her an Emmy Award and a Golden Globe. Heaven Hell directed by David Čálek talks about his trip in the world of kinky pleasures, And God created Sex directed by Konrad Szołajski focuses on a priest of  peculiar hobbies, Viktor Oszkár Nagy’s Caught Between Two Worlds shows people trying to adjust to life in a new country. Digging for Life by Pavel Cuzuioc and Radu Muntean and Alexandru Baciu prison romance Visiting Room completed the special screenings.