Specialized workshops and seminars on the first of the Romanian Days 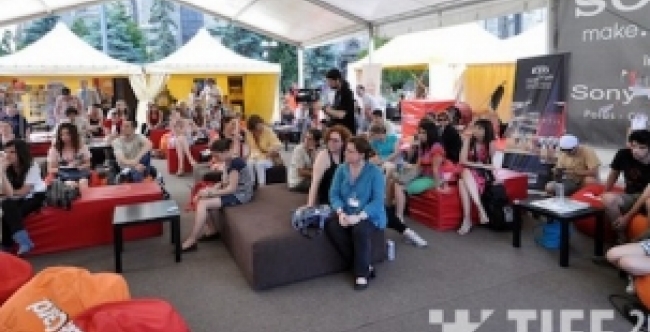 On June 9, the Romanian Days bring to TIFF 2011, in addition to local premieres, debates and launches, a series of practical workshops and seminars dedicated both to film professionals and to those interested in learning various firsthand aspects about the seventh art.

From 12.00 p.m., also at TIFF Lounge (Unirii Square), MEDIA Desk Romania invites independent producers and audio-visual professionals to the MEDIA funding schemes for European producers. Focus on Romania & Hungary seminar, dedicated to funding possibilities offered by the MEDIA Programme (2007 – 2013) of the European Union. The seminar will be presented by Valentina Miu, Head of MEDIA Desk Romania. Enikő Kiss, MEDIA Desk Hungary coordinator, will also take the floor and present the funding oportunities offered by the MEDIA Programme and the results achieved by Hungarian producers with the help of MEDIA funding schemes, in the „Development funding for projects” category.

From 3.00 p.m., the Conference Hall of the Cluj branch of the Romanian National Bank will host a debate on Regional cooperation for postproduction, distribution and exhibition of feature films. Organized in partnership with the National Film Centre and the Central European Initiative, the debate will approach the evolution of digital distribution, as well as new models of distribution, having as starting point the analysis of innovative strategies for the production and distribution strategies of films from the region. The event will be moderated by Martin Blaney, renowned British journalist, Screen International correspondent for Germany, Austria and Sweden. The speakers will include Brian Chirls –multimedia artist, founder of Three Eyed Labs, Jamie King –VODO Founder, Tudor Giurgiu –TIFF President, Rik Vermeulen –TIFF Executive Director.