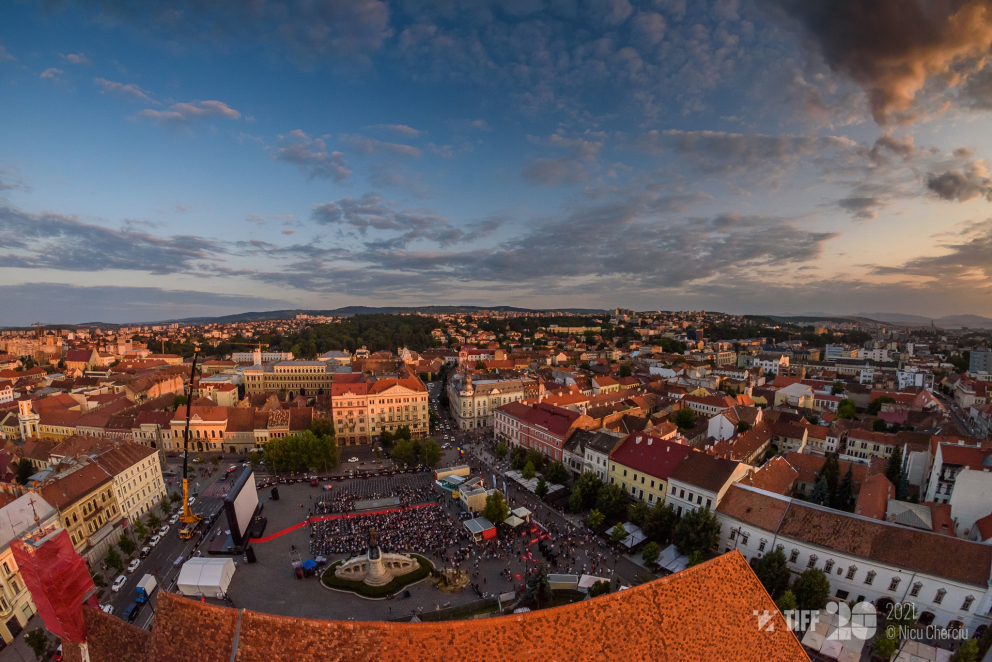 Submissions for the 21st edition of Transilvania International Film Festival are now open!
Mark your calendar and save the dates: June 17 - 26, 2022, Cluj-Napoca, Romania.

The next edition brings an important change in our regulations: the What's Up, Doc? section becomes competitive! It is now open to international documentaries over 60 minutes, directed by filmmakers at their first or second documentary feature. Only national premieres are considered.

February 1st, 2022 for submissions for the Official Competition, Romanian Days (shorts and features), What's Up, Doc?, Full Moon, Supernova and No Limit sections.

Romanian films have no submission fee. All regulations can be found here.

Transilvania International Film Festival (TIFF) is the most important film festival in Romania and one of the most spectacular cultural events in the region. In 20 years it has grown to become a year-round model for film industry and a national cultural brand with various satellite events all over the country. The Transilvania IFF experience means an exciting and intriguing selection, picturesque locations such as castles or open air museums, cine-concerts in churches, educational platforms for young audiences, solid industry programs, and a consistent focus on the future of audio-visual content.

Learn more about submitting your film, rules and regulations, and eligibility on tiff.ro.