Submissions for TIFF 2013 are now open 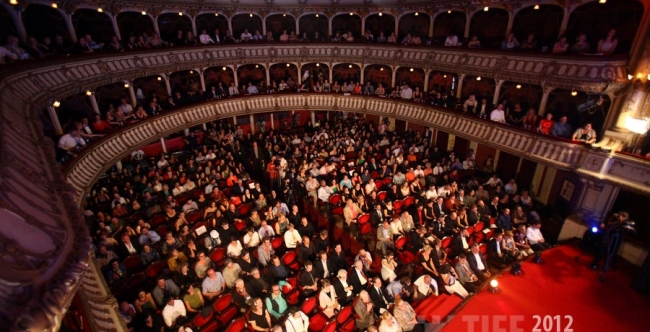 The producer or distributor who holds the screening rights for the film must fill out the entry form, online, on the festival website, and then send the printed version, together with a DVD screener and a synopsis for the film to the festival headquarters before February 15, 2013 (for films submitted for the official competition and the Shadows and the Shadows Shorts sections) or March 15, 2013 (for films submitted for the Romanian Days short and feature films competitive subsections).

Check the rules and submit the film in the Industry section of our website.

Our festival does not charge an entry fee.

During the past 11 years, TIFF has become a well-known brand in Romania, not only due to the outstanding films screened every year, but also for the effective organization, sparkling atmosphere and density of events, from seminars, workshops and panels to concerts and parties.

TIFF's main intention is to promote the cinematic art by presenting some of the most important films of the moment – films that reflect both originality and independence of expression –, as well as lesser known forms of film language and recent trends in the young culture.