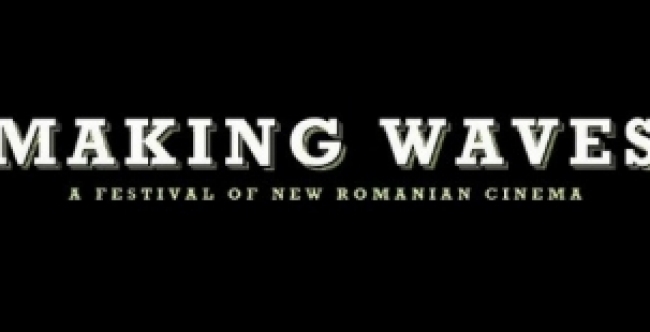 The Romanian Film Initiative is proud to continue in spirit, and adapt to the times, the Romanian film festival in NYC, jeopardized by the recent political and cultural policy changes in Romania. Co-presented with the Film Society of Lincoln Center, MAKING WAVES - A Festival of New Romanian Cinema will continue as a week-long event celebrating new Romanian cinema along with landmark films and filmmakers, from November 29 to December 5, 2012.

But we also need YOUR support to make it happen! Join our Kickstarter campaign with a small (or big) donation and by spreading the word. THANK YOU!

The Romanian Film Initiative is Corina Suteu, Mihai Chirilov and Oana Radu, with the support of many artists, arts professionals and fans of Romanian cinema

Read more about the festival at filmETC.org/MakingWaves and follow us on https://www.facebook.com/RomanianFilmInitiative.