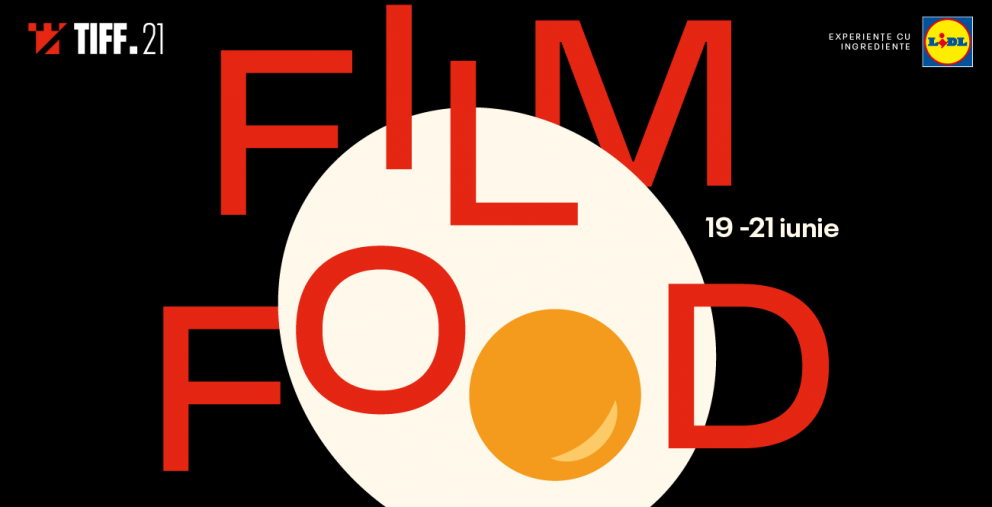 The secrets of the most appreciated cuisines in the world and stories of people who dare to test the limits of conventional living are coming back in the Film Food section at the Transilvania International Film Festival (June 17 – 26, Cluj-Napoca). The section is dedicated to cinema fans who are passionate about unique culinary experiences.

At TIFF 2022, viewers will step behind the scenes of Michelin Star-winning restaurants and meet chefs who have set out to change the world through taste. The screenings organized this year at the Military Circle will be followed by special dinners prepared at DaPino by chefs appreciated in our country and abroad, inspired by the film topics from the TIFF 2022 program:

Karin and Sten are celebrating their 40th wedding anniversary with a bash when Karin discovers that Sten’s been unfaithful. Karin has spent her life taking care of her family and now all is shattered. A friend makes her join a cooking class led by a renowned chef and perhaps more than one of Karin's passions are reborn...

The screening of the film will be followed by a dinner prepared by chef Cezar Munteanu, one of the most prolific masters of culinary art in Romania. He spent more than three decades in the kitchens of the world, during which time he explored local cultures and became acquainted with the gastronomic specifics of each country in which he had the opportunity to work. He is a promoter of healthy and sustainable nutrition.

A culinary experience presented by LIDL, the Swedish Embassy in Romania and Nespresso.

The A-Sham Festival, a food festival in Haifa where Arab and Jewish chefs work in tandem to create mouthwatering dishes in order to foster social change. A delectable showcase of culinary heritage gives hope to the idea that collaboration in the kitchen could be a bridge to mutual understanding and, perhaps, a first step toward a lasting peace.

The after-dinner dinner will be prepared by Chef Liviu Lambrino and will include dishes inspired by the flavours of Jewish and Mediterranean cuisine. Liviu Lambrino is an expert in contemporary culinary art, with multiple nominations for the "Best Romanian Chef" award at the HORECA Awards. He was one of the most popular participants at MasterChef Romania.

A culinary experience presented by LIDL.

Welcome into the poetic mind of young Faroese chef Poul Andrias Ziska! And here are the traditions, history and distinctive ancient practices that lie beneath Europe's most remote fine dining experience, the KOKS restaurant in the Faroe Islands...

The screening of the film will be followed by a dinner prepared by the talented chef Sergiu Giulean, who has been doing magic in the DaPino kitchen for many years. His preparations impressed many of TIFF's distinguished guests, including Nicolas Cage. This year, Sergiu will cook Film Food a menu inspired by Nordic recipes.

A culinary experience presented by LIDL.

6:30 - A taste of Hunger (christoffer Boe) at the Military Circle

Film lovers and gastronomy enthusiasts will have a real surprise on Wednesday night, at the screening of the film A Taste of Hunger (directed by Christoffer Boe). Among the protagonists, viewers will recognize Nikolaj Coster-Waldau, one of the stars of the Game of Thrones series, in a position in which they have never seen him before.

Infidelity and the ambition to achieve perfection risk destroying the harmony of the couple that his character forms with Maggie, played by Katrine Greis-Rosenthal. They love each other, have two wonderful children and run their own gourmet restaurant, Malus. Although they don't seem to be missing anything, their dream is to get the most important form of appreciation in the world of gastronomy - the coveted Michelin star. To fulfill this dream, they are able to sacrifice everything.

The screening of the film will be followed by a gourmet dinner prepared by chef Marco Genna. Originally from Sicily, he became known in Romania with the participation in the 2022 edition of the MasterChef cooking show, where he impressed the jurors and reached the final. Before settling in our country, Chef Marco Genna traveled and worked throughout Europe, exploring different cultures and experimenting with local ingredients. During the special event that will end the dinner series inspired by the films from the Film Food program, chef Marco Genna will offer those present a real demonstration of fine dining.