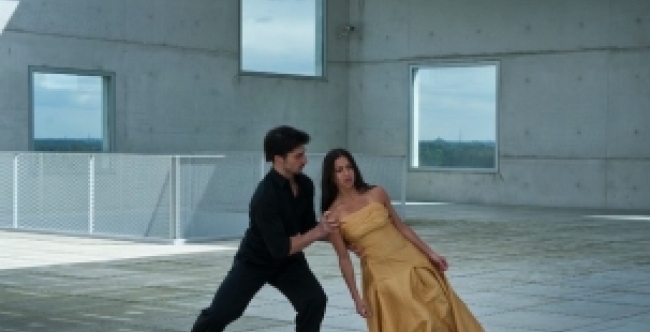 The first weekend of the anniversary edition of TIFF promises to present its public with a large variety of special events: 3D screenings, concerts, all genres of films, meetings with iconic guests.

Saturday, June 4, 7 p.m., at the Ethnographic Museum, SoNoRo starts the series of TIFF 2011 concerts with Songs and Dances of Life. A musical project inspired by the very roots of the multi-cultural area of Transylvania, cohabitation region for Romanians, Hungarians, Germans, Slovaks and Ukrainians, Songs and Dances of Life is, in the words of the musicians themselves, „a mixture of harvesting songs and enrolment dances with carols and religious hymns, of ballads with tunes of yearning”, which includes exceptional pieces, such as works by Franz Liszt, a Slovak song, a dizzying Ruthenian dance or the fragile Hungarian melody by Franz Schubert.

Thought of and created as a celebration of Transylvanian cultural identity, dedicated to the audience in Cluj, Songs and Dances of Life throws fresh light on creations signed by music personalities particularly connected to the history and tradition of Cluj, thus building an atemporal musical dialogue between currents, nations and styles.

During the starting weekend of the festival, Florin Piersic Cinema will host the first 3D screenings in the history of TIFF, with two stunning art-house documentaries, signed by iconic figures of German cinema: Pina (Germany-France, 2011), directed by Wim Wenders, one of the most hyped films at this year’s edition of Berlin Film Festival, screened of June 4, at 8.30 p.m., and the Cave of Forgotten Dreams (USA-France, 2010), which will be screened on Sunday, June 5, at 10.30 p.m. - by Werner Herzog, featured in the 3x3 section.

The Theatre at TIFF series of performances, which starts on the first festival evening will continue on Saturday, June 4, 8.00 p.m., at Libertatea Factory, with Shoah. The Survival, by Andreea Iacob - a multi-media theatre installation. Inspired by Ioana Cosman's “Depositions on life and death. Holocaust in Northern Transylvania” and “Shoah in Northern Transylvania”, Shoah. The Survival, a visual and theatrical essay, which is inspired by the stories of the Holocaust survivors in Northern Transylvania. Using these stories as a starting point, Andreea Iacob creates a series of theatrical installations on survival, on us, on the others and us.

Sunday, June 5, 8.00, at the Hungarian Theatre, the public in Cluj is invited to see Saviana Stănescu’s play, Polanski, Polanski, which attracts the attention of both theatre lovers, and film buffs. Polanski, Polanski explores the psychic and emotional turmoil of the famous film director Roman Polanski, by showing three crucial moments of his life: desire, escape, punishment. This sur-corporal multimedia exploration, played by Grant Neale, comprises both cinema and theatre aspects and combines the genres of psychological theatre with monologue.

On June 5, with the occasion of World Environment Day, TIFF thinks green. The ecoTIFF project includes the screening of three films that raise questions on the causes that contribute to the destruction of the planet and to the serious dangers that mankind is facing.

At TIFF 2011, June 5 is also declared Diversity Day. A day that brings a series of screenings and events at the same time diverse and compelling.