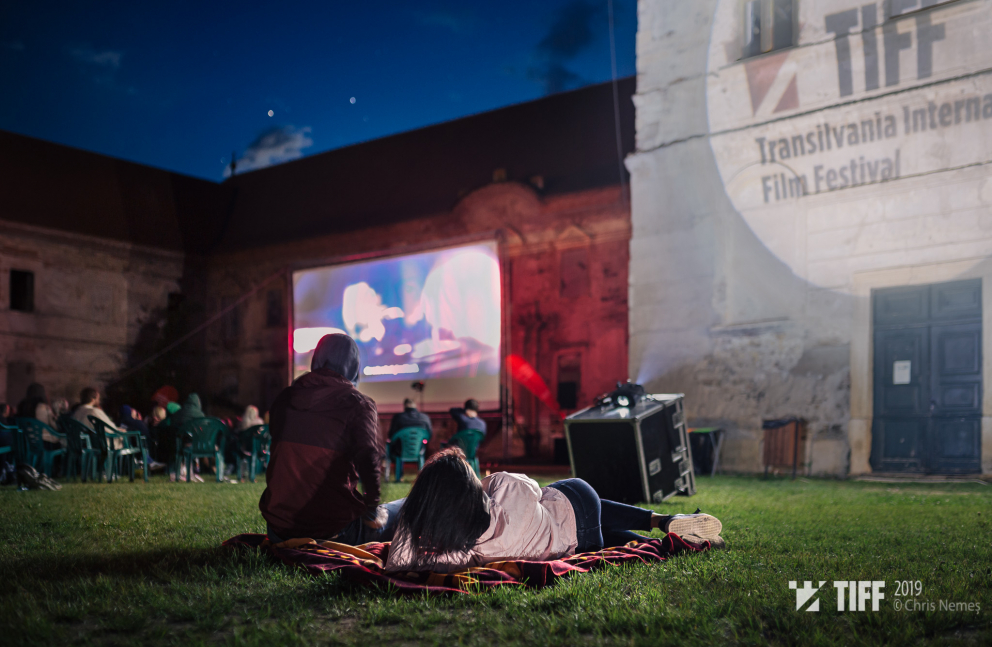 The Transilvania International Film Festival (July 31 – August 9, 2020) is reconfigured to prioritize public health, safety, and social distancing by doing exclusively outdoor screenings in over 10 locations in Cluj. Safety measures will be mandatory for all TIFF crew, guests, and audience members and will be posted prominently in all locations.

TIFF’s 19th edition opens Friday, July 31, in the Unirii Square outdoor cinema with La Belle Époque, a French comedy featuring Daniel Auteuil, Guillaume Canet, and Fanny Ardant. Tickets sold out on the first day they went on sale, so two parallel locations were added, for which tickets will go on sale soon. The over 130 titles selected by Artistic Director Mihai Chirilov will screen for 10 days starting mostly at 9:30PM, with the exception of a few locations where they will start at 7PM. The EducaTIFF screenings for children  will take place in the courtyard of the Art Museum at 10 AM.

TIFF’s traditional five outdoor locations — the Unirii Square, the Bánffy castle in Bonțida, the Arkhai Sculpture Park in Vlaha, the Cluj Art Museum and the Iulius Park Open Ai — will be joined by new ones, specially outfitted for this year’s festival.

Access to locations. Each screening location will have prominently marked  entry and exit routes,  with TIFF crew members guiding the flow. At each entry point tickets will be scanned, an observational triage point will be set up, and temperature will be checked with a contactless device. Those whose temperature exceeds 37.3°C and/or those who exhibit symptoms of respiratory infection (coughing, sneezing, rhinorrhea), as well as those who refuse to have their temperature checked will be denied entry. Mask wearing and 1.5 meters distancing are mandatory throughout each events. Seats will be set up for one or two persons watching together and will be disinfected following each screening. Detailed regulations will be published on tiff.ro and prominently posted in each location.

Tickets will be sold online starting with July 21, at tiff.eventbook.ro and through the TIFF Official App (available on Google Play and App Store). Only one ticketing point will be set up in the Unirii Square, as audience members are encouraged to purchase their tickets online. Two types of tickets will be available this year for regular screenings: a single 20 RON ticket and a 35 RON combo ticket for two. Tickets for the opening night and for special screenings are 30 RON, while the ticket for the closing gala in the Unirii Square on August 8 is 50 RON.

The number of available seats is limited, as only a few locations allow for the maximum number of 500 participants allowed for open air events.

With support from: the Ministry of Culture, the National Center for Cinematograaphy, the Cluj-Napoca City Hall and Local Council, the Creative Europe – MEDIA Program of the European Union

TIFF Unlimited offers films round the clock and around the country at unlimited.tiff.ro.