Transilvania IFF partners with San Sebastián for its 20th edition 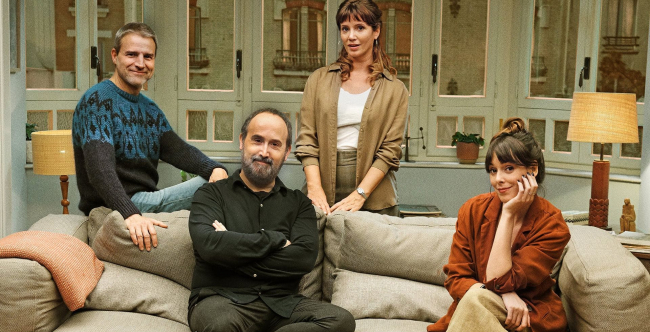 Spanish cinema will be celebrated at the 20th edition of the Transilvania International Film Festival running from July 23-August 1 in Cluj-Napoca (Romania) in its ‘Spain Focus’, a wide-ranging programme of special screenings, talks and masterclasses, industry initiatives and exhibitions. Within the programme is Carte blanche: San Sebastián, a strong selection of 10 recent Spanish films recently curated by the San Sebastián Festival selection committee. Included in the selection is Sentimental (The People Upstairs, Cesc Gay, 2020), Transilvania IFF’s opening night film, to show on the large open-air screen in Cluj-Napoca’s Unirii Square on July 23. Ticktes are on sale on tiff.eventbook.ro.

“The San Sebastian Festival wishes to express its satisfaction at the start of this collaboration with Romania's most important film festival. The Transilvania Festival will be an exceptional showcase for current Spanish cinema through an interesting selection of films, some of which have recently been screened in different sections of our festival. This selection is a reflection of the diversity of Spanish cinema, and pays special attention to young filmmakers who will play a significant role in the future,” says the Director of the San Sebastián Festival, Jose Luis Rebordinos.

"San Sebastián is not only one of my favourites (an alluring seaside town with an enviable cuisine, an enthusiastic team, and top-notch film curation), but is also a renewable resource for our own selection of Spanish and Latin American titles at Transilvania International Film Festival. I am grateful to the organisers for this partnership, and I invite our audience to taste the variety of dishes carefully selected from the San Sebastián film menu. I assure you that the sparkling and provoking Sentimental (The People Upstairs), which opens our anniversary edition, will be a big treat for your taste buds,” adds the Transilvania IFF Artistic Director, Mihai Chirilov.

The event is organized with the support of the Spanish Institute of Cinematography and Audiovisual Arts (ICAA).

The partners of this collaboration between the Transilvania IFF and San Sebastián and of the entire Focus Spain  are the Spanish Agency for International Development Cooperation (AECID), Acción Cultural Española, the Etxepare Basque Institute | Etxepare Euskal Institutua, the Spanish Embassy in Romania, the Cervantes Institute in Bucharest and the Association of Spanish Companies in Romania (ASEMER).