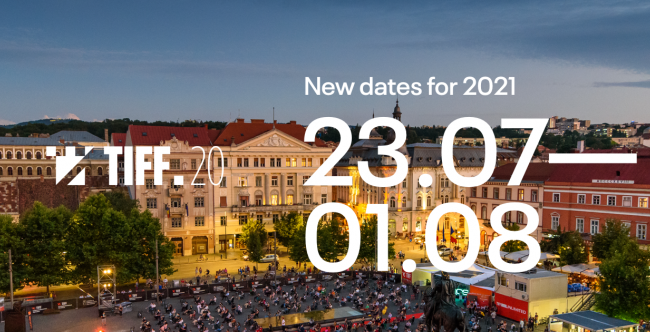 The Transilvania International Film Festival (TIFF) plans to celebrate its 20th anniversary with a new summer edition in Cluj-Napoca, Romania, between July 23 and August 1, 2021.

The festival team worked on two scenarios: the first took into account the return to the usual period for Transilvania IFF, the initially announced dates being May 28 - June 6, and the second one considered that the evolution of the pandemic will favour outdoor screenings during the summer, in last year's formula, the final dates being July 23 - August 1.

"2020 was a very challenging year for everyone, and for our team as well. We were the first to embark on creating a physical edition in Europe at such a large scale, in a very tight time frame and with restrictive measures in place. We now have the pandemic experience of running a festival, we can only hope that the context will remain favourable and that the 20th edition will be an unforgettable get-together for fans, friends and dear guests of TIFF", says Tudor Giurgiu, the president of Transilvania IFF.

Last year, 45,000 participants watched 159 films in 14 venues in Cluj and its surroundings. The same locations will be included in the 2021 program. Screenings will be scheduled indoors as well, if the pandemic context will permit it, and within the capacity limits allowed by law. Safety measures and distancing rules will be prioritised.

The 10-days festival program will include some 150 features, live performances, talks, exhibitions, and special events for families. The Industry platform will be reshaped and expanded with new programs and will feature both online and offline components. The final details will depend on the possibility of both participants and industry professionals to travel to Cluj.

A film selection will also be made available online simultaneously, in Romania, on the festival’s streaming platform TIFF Unlimited (unlimited.tiff.ro). The platform currently offers more than 200 independent, awarded films.

“It's harder to look ahead at a time when the cinematic experience as we know it is seriously affected, but here we are, 20 years later, with the same determination to create a relevant, attractive, educational and performing event for all those who long for the vibration of a collective experience. With fresh films and anniversary screenings, long-term industry initiatives, cine-concerts, exhibitions, but also unique locations in a city continuously reinventing itself, TIFF 2021 aims to offers not only a memorable event, but also the hope of regaining an almost lost normality”, adds the artistic director Mihai Chirilov.