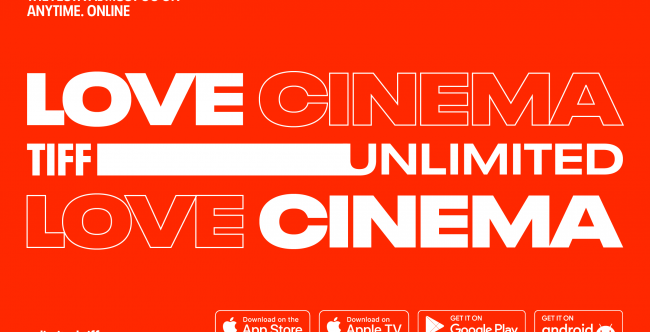 TIFF Unlimited, the streaming platform launched by Transilvania International Film Festival during its past edition, in June 2019, is experiencing an intense growth, becoming an important alternative for the currently quarantined audience in Romania. The team is planning to expand, working to release a curated catalogue of Romanian films available worldwide.

Over the past month, the number of subscriptions increased by more than 40%, and the viewing hours by 60%. A programme of free weekend premieres has been launched in March 28-29, attracting wider audiences and the most views on the platform since the launch. In this first weekend, Olivier Assayas’ Doubles Vies (Non-Fiction) attracted more than 2800 viewers at a single screening. Other themed weekends focused on David Lynch and Xavier Dolan, Romanian films about family reunions, such as Sieranevada by Cristi Puiu, love & film food (culinary documentaries), comedies.

“We invite people to maintain a sort of rhythm or at least the enthusiasm of watching a good film together with many others at the same time. Every weekend, we virtually meet in the evening, to see a premiere. It works”, says Tudor Giurgiu, the head of Transilvania IFF.

"It has definitely been an extremely busy period, when we needed not only to redraft all the plans for this year, but had to adapt asap to the global situation. We are happy to see results in our efforts to better position ourselves on the market through a well curated catalogue. More and more users come to us, seeking a different type of experience, which is encouraging. However, to be able to stand up for the competition, we constantly need to expand and innovate the customer's experience and offer more ways for accessibility”, says Dorina Oargă,  the project manager of TIFF Unlimited.

The platform streams independent, awarded films, some of them from the Transilvania IFF’s portfolio. More than 120 titles are featured at once on TIFF Unlimited, selected from an extended curated catalogue, and updated on a weekly basis. Among them Happy End, Safari, Loveless, La Grande bellezza, Holy Motors, La vie d’Adèle, I, Daniel Blake, Dheepan, The Tribe.

For now, it is only available in Romania, but the team is working on a catalogue of Romanian films available worldwide for the large Romanian communities living abroad. A free selection of documentaries has already been launched and more will follow.

With Transilvania IFF’s 2020 postponed, the team is considering the streaming platform as complementary to a physical edition. “The situation remains uncertain regarding any large physical gathering for the rest of the year. We are still planning an edition in Cluj, but hope to be able to schedule online screenings on TIFF Unlimited, at least for the main sections of the festival, for those who cannot attend. It’s not only that, I think many of the films we have selected will also need a platform in Romania, if cinemas are forced to remain closed”, Tudor Giurgiu adds.

TIFF Unlimited is the first streaming service launched by a film festival in Romania and the only product of its kind in Eastern Europe. At the end of last year, the VoD platform has launched apps for both iOS and Android for mobile and smart TV, which allows access from multiple devices simultaneously for a subscriber. The platform can be accessed on a monthly or annual subscription basis.