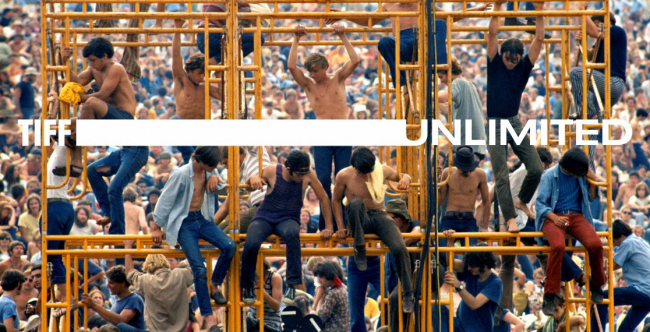 TIFF Unlimited, the streaming platform of the Transilvania International Film Festival which brings the festival experience online, surprises film lovers, two days after its launch with a new highly appreciated title. At the public’s request, the documentary Woodstock: Three Days that Defined a Generation, screened at Arkhai Sculpture Park at  TIFF 2019, will be available starting today on unlimited.tiff.ro.

The festival must go on. Anytime. Online.

Keeping the promise made at the launch, TIFF Unlimited brings online the films that movie lovers want to see again or the titles they missed at past editions of TIFF and some of the TIFF.18 titles, giving them the possibility to taste the TIFF experience.

Recently released at the Tribeca Film Festival of New York, the documentary that marks the 50th anniversary of the first edition of the legendary music festival, Woodstock: Three Days that Defined a Generation tells the story of the three days that changed the way an entire generation would look at music, arts and also politics and social rights.

The title completes the 51 movies list already available on unlimited.tiff.ro starting with June 6th. Subscribers from Romania have access to a catalogue of highly appreciated films, relevant indie and art-house movies of the last decade, award-winning titles and movies showcased in the selection of the biggest international festivals and from the TIFF selection.