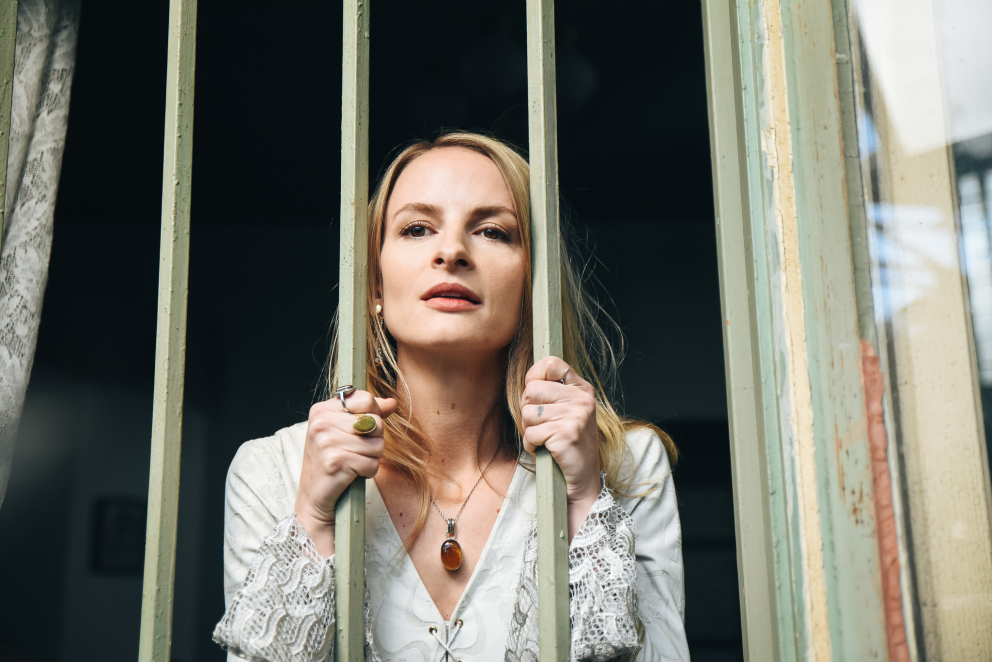 “This is a film of formidable and almost intimidating seriousness,” says The Guardian of Malmkrog, Cristi Puiu’s period drama, which won the directing award in the Berlinale’s new Encounters section, and will have its Romanian premiere at Transilvania IFF. Radu Jude’s  Tipografic Majuscul / Uppercase Print also comes from Berlin, and juxtaposes Romanian state television archives with the true story of a teenager who wrote subversive graffiti during the last years of Communism, adapted from Gianina Cărbunariu’s documentary theater piece. Also based on a true story about police intervention in a protest against an LGBT-themed film screening at the Romanian Peasant’s Museum in Bucharest, Dan Chișu’s 5 minute / 5 Minutes Too Late comes straight from its Warsaw premiere.

Tudor Cristian Jurgiu’s Și poate mai trăiesc și azi / And They May Still Be Alive Today visits the distance between expectations and reality through the story of a young couple seduced by the idea of perfect, true love. Also a world premiere, Răzvan Săvescu’s Început / Begin deals with a couple dealing with isolation in the mountains.

Ivana Mladenović directs and stars in an unconventional, humorous, and tender story about belonging and nostalgia in the Locarno-winner Ivana cea Groaznică / Ivana the Terrible. And actor Teodor Corban leads two strong debuts: Dorian Boguță’s police procedural about the disappearance of a pianist, Urma /  Legacy and Liviu Săndulescu’s  Cărturan, about the final arrangements of a man who finds out his end is near. Nominated at the European Film Academy awards, Anca Damian’s animation  Călătoria fantastică a Maronei / Marona’s Fantastic Tale is the moving story of a puppy with a heart-shaped nose.

Andrei Zincă’s Și atunci… ce e libertatea? / So, What's Freedom?, based on a novella by Ana Blandiana’, deals with the deportations in the Bărăgan flatlands in the 1950s. Nicolae Mărgineanu’s Cardinalul / The Cardinal is also based on the true story, the story of Greek-Catholic bishop Iuliu Hossu, who read the union act before the Romanians gathered in Alba Iulia on December 1st, 1918.

The non-fiction selection is also generous: 10 of the 21 feature-length titles are documentaries, many premiering at Transilvania IFF.  Film Threat called Radu Ciorniciuc’s debut Acasă, My Home “devastatingly raw and poignant.” This Sundance Special Jury award winner from cinematography documents the life of a family forced to move from the place they call home, Delta Văcărești. The same place is approached from a different perspective by Eva Pervolovici in Delta Bucureștiului / The Delta of Bucharest, which delves into the history of this urban oasis.

Monica Lăzurean Gorgan, Michaela Kirst, and Ebba Sinzinger’s Lemn / Wood exposes illegal logging by major companies. The multiple award winner Colectiv / Collective by Alexander Nanau reveals a web of corruption, lies, and manipulation in Romania’s health care system. Equally troubling is Adrian Pârvu and Helena Maksyom’s Totul nu va fi bine / Everything Will Not Be Fine, a documentary about the first generation born after the nuclear disaster in Chernobyl. Director of photography Tudor Platon makes is debut as documentary director with Casa cu păpuși / House of Dolls, which delves into the special world of several women in their 70s who take an annual vacation together. Alex Bendea’s debut Profu’ / Teach is a humorous portrait of  an unconventional and charismatic teacher who gives up his job to open a tutoring business out of his apartment.

The Romanian Days section is presented by Banca Transilvania.