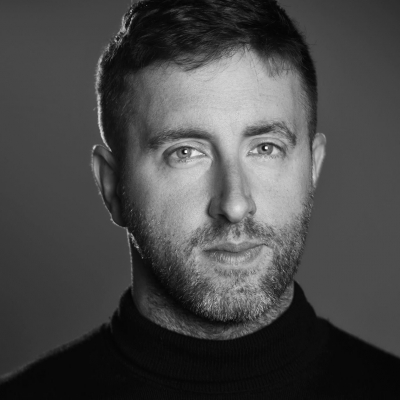 Graduate of a Master of Modern Literature and a degree of Art History from the University of Tours, Hervé specialized in The Management of Cultural Events in 2000, and has since then worked for various film festivals.

He has been a curator for several international film events: a special showing of Belgian shorts for the Festival of Morelia in Mexico (2005) and from 2004 to 2011 he was a delegate for French-speaking countries at the Huesca Film Festival in Spain. He was also part of several juries: Next Film Festival (Romania), Huesca Film Festival (Spain), Cineramabc (Brazil), Rencontres Audiovisuelles de Lille (France), Cinemaiubit (Romania)...

He is currently the coordinator of programming for the International French Speaking Film Festival of Namur in Belgium. 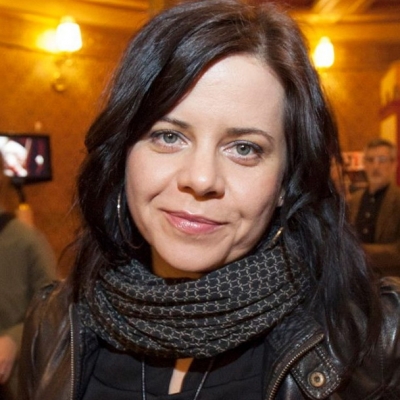 Born in Budapest, Ágnes received her diploma from Eötvös Loránd University, Faculty of Arts. She majored in Polish language and literature, Aesthetics, and Film-theory. In 2005 she graduated as a film director from the Hungarian Academy of Theatre and Film Art, Budapest.

Her short film The Virus won the third prize of the Cinéfondation at the 59th Cannes Film Festival, and Fresh Air, her first feature film was presented at the International Critics' Week section of the same edition of the Cannes festival.

Adrienn Pál, her second feature film premiered at Cannes Film Festival's Un Certain Regard and was awarded by the FIPRESCI Jury in May 2010. She has recently wrapped the production of her third feature, Eden. 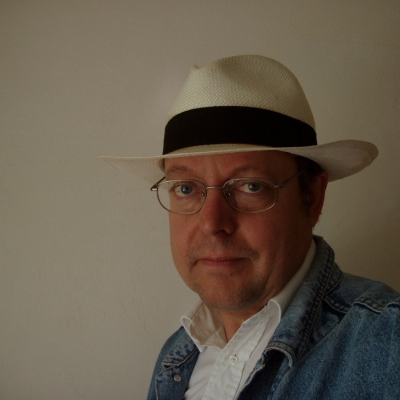 Stefan studied scriptwriting and dramaturgy at The Film Academy (FAMU) in Prague. He wrote several television films and plays, as well as the feature Only a Day (1988).

In 2004 he produced for two documentaries, Souvenir, directed by Alice Nellis, and The Memorial Who Wasn´t, directed by Peter Kerekes.

He wrote for several Czech film magazines and newspapers, lectured about independent cinema at Prague Film school FAMU and Masaryk University in Brno and was member of several festival juries (Warsaw, Munich, Sofia, Potsdam, Pilsen, and in 2017 main jury of the Karlovy Vary film festival). 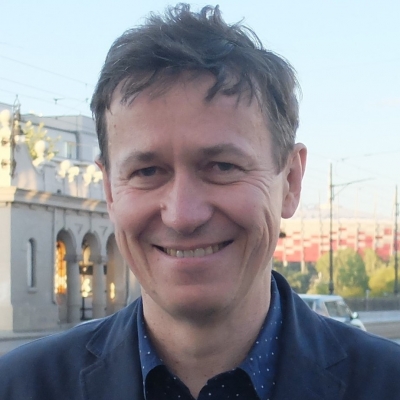 Stefan is the director of the Warsaw Film Festival, after joining the team in the mid-80s. A graduate of Polytechnics, in the 1980s he was involved in Warsaw rock and alternative music scene as band manager and event organizer. In 1990 he became the first head of theatrical distribution of Warner Bros. films in Poland.

He is an adviser for numerous film directors, producers, and festivals, and also jury member and panelist at various film events in Europe, Asia and the Americas. He occasionally writes about film, most recently for “Psychiatra” quarterly. 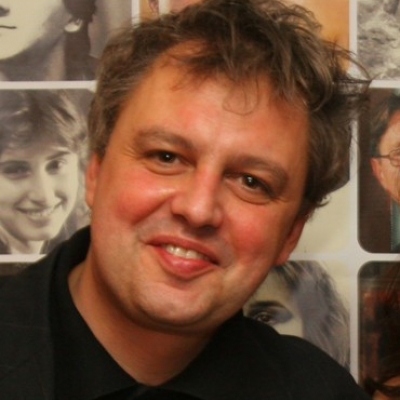 From 1992 through 1999, Stefan was director and programmer of the Cinema House, the leading art house cinema in Bulgaria. In 1997 he founded Sofia International Film Festival, accredited by FIAPF.

He was member of juries in Venice, Cannes, Karlovy Vary, Moscow, and Wiesbaden, among others. He is a member of the European Film Academy and The Festival Band. 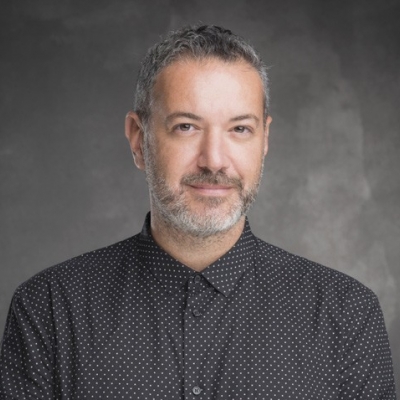 Born in Istanbul, Kerem studied film at the Ecole Supérieure de Réalisation Audiovisuelle and Université Paris Diderot - Paris 7. He worked in the Radio France Internationale for four years. He started working for the Cannes Film Festival in 2001 and meanwhile, organized the International Literary Adaptation Market in Monaco. In 2005, he launched the Political Films Festival in Barcelona and directed it for three years. In 2006, he became Assistant Director of the Istanbul Film Festival where he became Director in 2015.

Kerem Ayan also went into directing plays for the stage. He directed the short Fishbone in 2016. He’s preparing a new play for November 2018 and a first feature for 2019.

Alexei was born in 1969 in Moscow. He studied at the All-Russian State Institute of Cinematography. In the 1990s he pursued his career as journalist, film critic, translator. From 2000 to 2006 he was member of the selection committee of the Moscow International Film Festival. 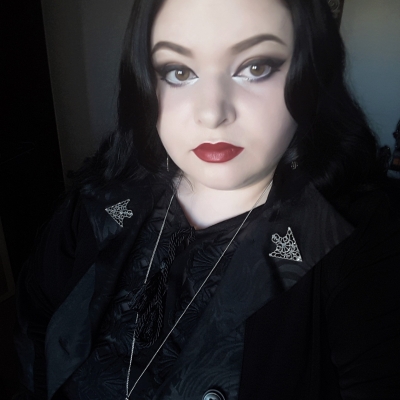 Luciana is an archaeologist and has a PhD in History (Archaeology) from the Babeş-Bolyai University in Cluj-Napoca, where she works as a research assistant.

She has worked as a graphic designer with heavy metal bands from across the world, like Dark Funeral, Nightbringer, Mare Cognitum, Ashbringer, Ghost Bath, Descend into Despair, Highland, Chaos Invocation, Kalmankantaja and many more.

She has created many artistic illustrations and imagery for big organizations from the USA, like Grey Faction and The Satanic Temple. 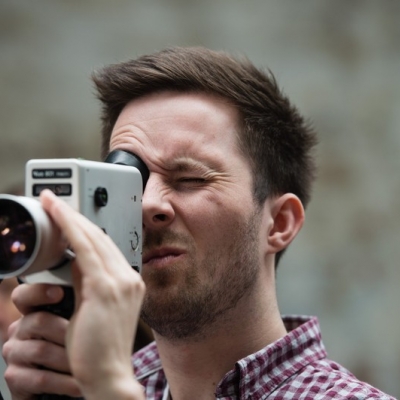 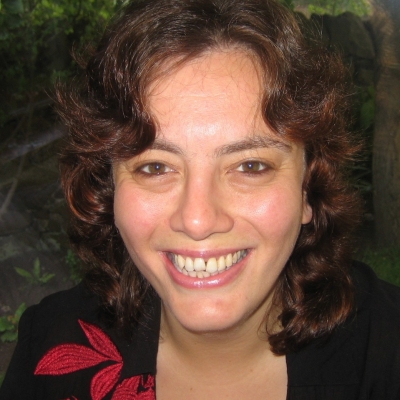 Adele Hartley is the founder and director of Dead by Dawn, Scotland’s International Horror Film Festival. The festival celebrated its 25th Edition in April 2018.

She is regularly invited to give lectures to film students on successfully navigating the festival circuit and also to literary fiction students on effective horror storytelling. She has run genre panels for the Edinburgh International Film Festival and is a consultant programmer for Amsterdamned and Rotterdamned film festivals.

She has been a presenter for the Arts Show on BBC Radio and is the editor of three volumes of the Read by Dawn short horror story collections. 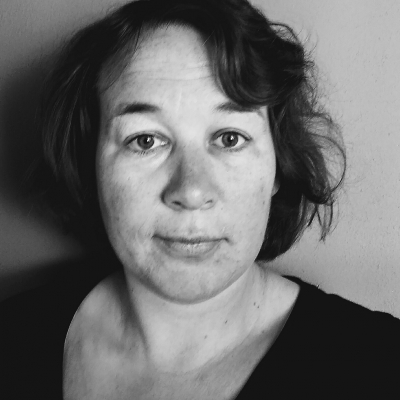 Born in 1982, Lone studied at Copenhagen University and holds a degree in Comparative Literature. During her studies she co-edited the student journal "Trappe Tusind" and organized several literary events. Since 2013 she has worked as a freelance film critic, mainly for the Danish daily newspaper “Information”, where she is a regular contributor of reviews of and articles on TV, film, radio, podcasts and literature. 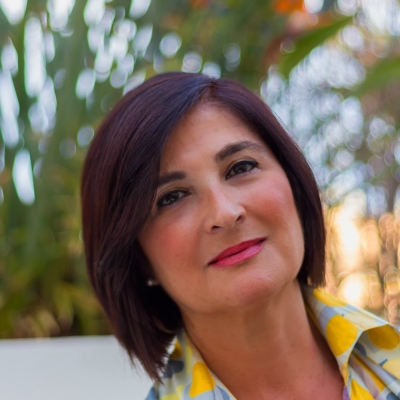 Philologist, film critic, cultural journalist and writer, member of FIPRESCI. Weekly contributor (2003-2014) to the Spanish culture and entertainment magazine “Cartelera Turia”, as film critic and columnist. She has translated and written pieces for art catalogues and magazines and has taken part as a juror in international film festivals (Cannes, San Sebastián, Venice, and Karlovy Vary, among others). She has written two awarded children novels, “Saïda’s Holiday” and “Saïda’s Treasure”.

She is the director of “El Hype”, a culture and entertainment online magazine. 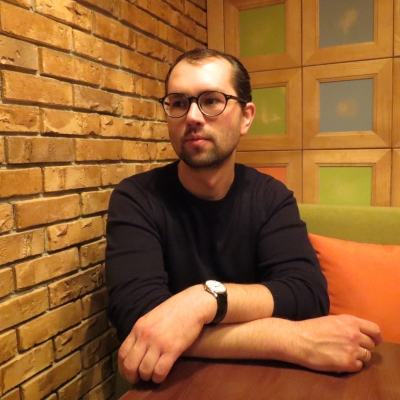 Anton is a Ukrainian film critic and journalist, author of more than a thousand articles about cinema published in different resources. Founder and editor of the online resource CutInsight, as well as a member of the Ukrainian Film Academy. Member of the FIPRESCI jury in Odessa Film Festival. 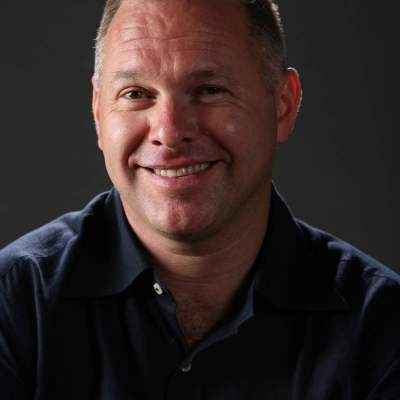 He was Franco The Elder in Snowpiercer and Grossmeier in Sergei Loznitsa’s Into the Fog. He also played the role of Dinu Laurenţiu in Child’s Pose, which won the Golden Bear at Berlin in February 2013.

Winner of the LA Critics Award for his brilliant portrayal of abortionist Mr. Bebe in 4 Months, 3 Weeks and 2 Days, Vlad Ivanov’s versatility has established him as one of Europe’s great actors. He also has a long career in Romanian theater. He speaks English, French, Russian and Italian. 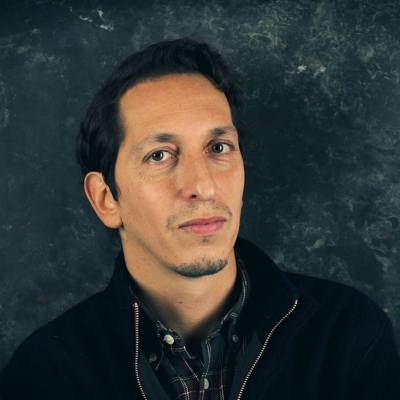 Casting director for over 60 features (from Godard to Woody Allen), Stéphane is also a screenwriter for TV and cinema. With his brother, novelist David Foenkinos, he directed a short, Foot Story, and then Delicacy (2011), a first feature film starring Audrey Tautou. It was nominated for two César Awards and released in 35 countries. A second feature, Jealous, came in 2017. Starring Karin Viard, it too was nominated for Best Actress at the César Awards.

On his own, he regularly works for the theater and has directed other shorts, documentaries and music videos, mostly in Québec. Jealous, his second feature, is screened at TIFF 2018! 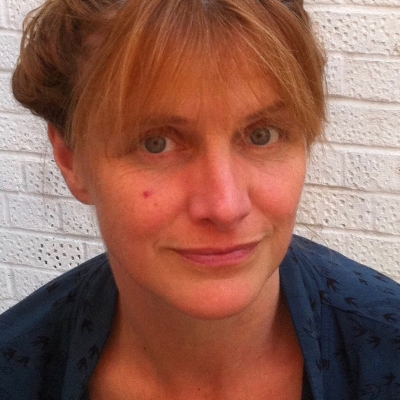 Rebecca co-wrote Ida (European Film Award for Best Film and Academy Award for Best Foreign-Language Film 2015) with the film’s director Pawel Pawlikowski. She co-wrote Disobedience with director Sebastian Lelio and co-wrote Colette with Wash Westmoreland and Richard Glatzer. Both films are out later this year. Rebecca co-wrote The Disciple, a film that will be shot in Slovakia this summer, with its director Ivan Ostrochovsky and Marek Lescak.

She is developing a 6-hour television drama with Steve McQueen and several films including The Sea Change, to be directed by Kristin Scott-Thomas.

Her plays include The Night Season which opened at the National Theatre. Her Naked Skin was the first play written by a woman to be staged at the Olivier Theatre. 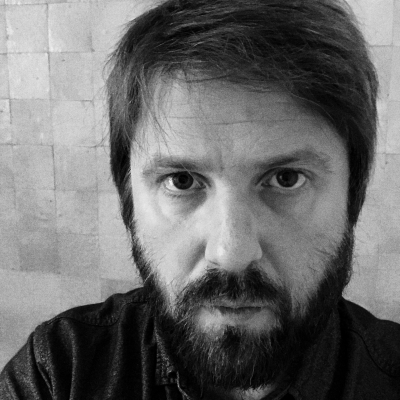 Dagur Kari was born in Aix-en-Provence to Icelandic parents and grew up in Iceland from the age of three. Upon discovering the works of Jim Jarmusch, Aki Kaurismaki and François Truffaut, Dagur gravitated towards filmmaking. He graduated from the National Film School of Denmark in 1999 with the award winning short Lost Weekend.

Noi the Albino is Dagur´s feature debut (2003). It swept over 20 awards at festivals around the world and had successful theatrical realeases in over 30 territories. His second film Dark Horse was selected in the Un Certain Regard sidebar at Cannes Film Festival in 2005. His next film, The Good Heart, was shot in New York and it was released in 2009.

Dagur´s latest feature Virgin Mountain was in the official selection at the Berlinale in 2015. It won three major prizes at Tribeca Film Festival (Best film, Best script, Best actor) and went on to win a dozen more awards at festivals around the world.