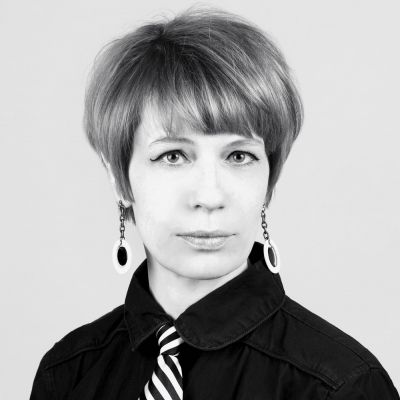 Jenni writes about film and music for nationwide newspapers and magazines (e.g. „Spiegel“), works as a film critic for several radio stations, writes film scripts, co-curates the Panorama Section of the Berlin Film Festival, moderates film talks, film press conferences and film panels for the Berlin Film Festival, the International Short Film Festival Dresden and the International Film Festival Emden-Norderney. She is also a member of several film award juries, works for the Commission for the Protection of Minors in the Media, and teaches journalism. 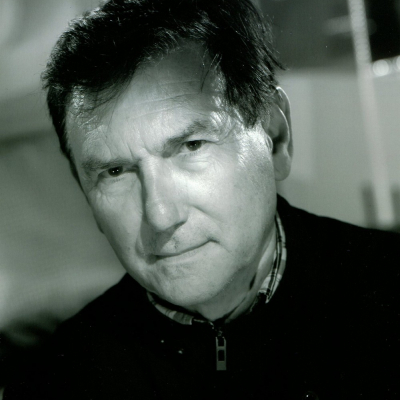 He wrote for Jeune Cinema, Éclipses and on the website Iletaitunefoislecinema.com and Jeunecinema.fr. His most recent studies, about L'Atalante and La Grande Vadrouille, have been published in the "Les meilleurs films de notre vie" and "Les Films sélectionnés" collections owned by the Gremese publishing house. 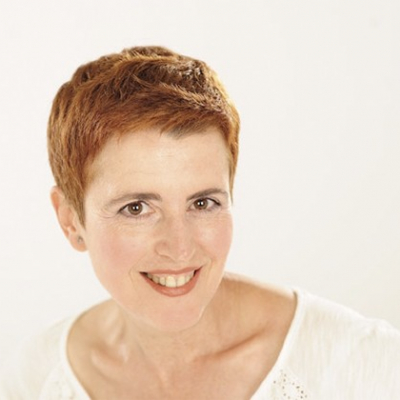 Marina is an award-winning journalist, one of the leading film critics and reporters in the

She edited the books "Manchevski Monograph" and "Rain - The World About Milcho Manchevski's Before the Rain". She participated in FIPRESCI juries at a number of film festivals (Venice, Sarajevo, Istanbul, Thessaloniki, Oberhausen, Chemnitz, and Mannheim among others). 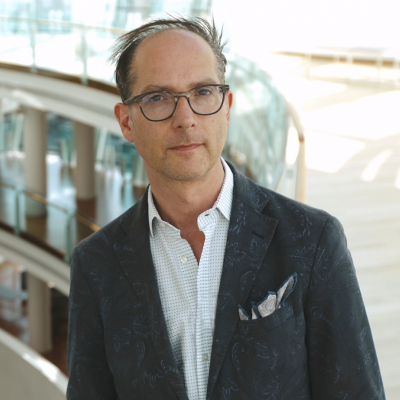 New York-born Jay lives in Rome and has been a film critic there for Variety since 2003, travelling to film festivals around the world. His work on contemporary cinema has appeared in international publications including Sight & Sound and The London Review of Books, and he’s contributed essays in numerous festival and retrospective catalogues, with a particular focus on Arab and Romanian film.

He was appointed director of the Giornate del Cinema Muto/Pordenone Silent Film Festival in 2015 and has written widely about various aspects of silent film. He also has a blog, “The Silent Cat,” which delves into forgotten stories of the silent film era. 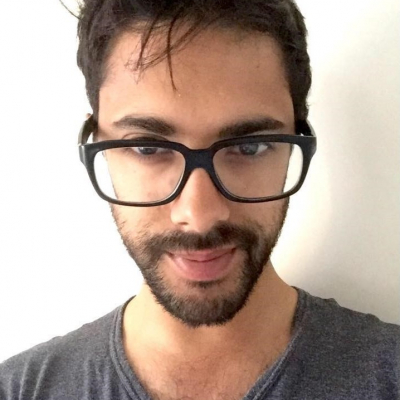 Xavier is the founder of Film Republic, a London-based film sales agency specialising in world cinema and feature documentaries. Since its inception almost ten years ago, Film Republic has celebrated a gender balance in its lineup and has worked with multiple Oscar entries including the works of Pirjo Honkasalo (Concrete Night), Adrian Saba (El Limpiador), Marcel Gisler (Rosie) and Rolando Colla (Seven Days). Xavier previously worked as a freelancer journalist and photographer, and in various festival roles including at Sundance London, Raindance Film Festival, Sheffield Doc/Fest and the East End Film Festival. 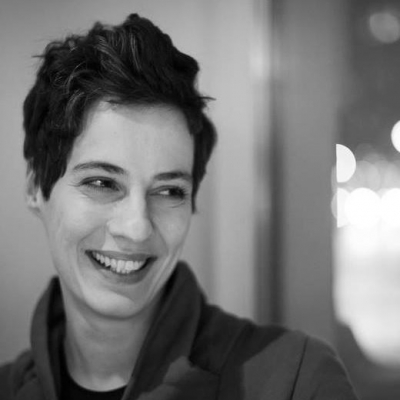 Doris is a cultural manager and curator based in Vienna. Since 2018 she’s festival co-director of Vienna Shorts, Austria's only Oscar® qualifying film festival. She studied political science at the University of Vienna. Until 2014 co-founder and director of the independent DVD rental store Filmgalerie 8½ and the short film festival espressofilm in Vienna.

In 2012 she co-founded the Film Festival Forum, an association of 22 film festivals in Austria. She was the spokeswoman of this Forum until beginning of 2018. Doris works also as a curator for exhibitions, the last one was “Shaping democracy” at the MuseumsQuartier in Vienna, a short film exhibition on the occasion of the 100 years anniversary of the Austrian Republic. 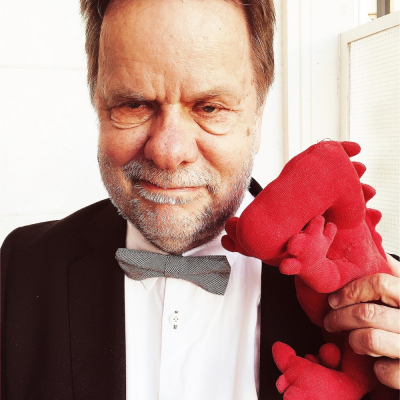 Born in 1952, Freddy has explored the cultural field since early youth. After a career in book publishing, film became the main work starting 1985 and many low budget films were made in his 700-square-meter studio in the middle of Stockholm.

In 1987 he started to work for Göteborg Film Festival, spending many years as the chairman of the festival. He is now traveling the world as senior programmer and watches about 700 films a year. But he has also made a few films, one to remember being The Mill and the Cross, directed by Lech Majewski and starring Charlotte Rampling and the late Rutger Hauer. He also is acquisitions consultant for Folkets Bio, an independent distributor in Sweden with more than 20 cinemas around the country. He is also an international advisor for the Antalya Golden Orange Film Festival. 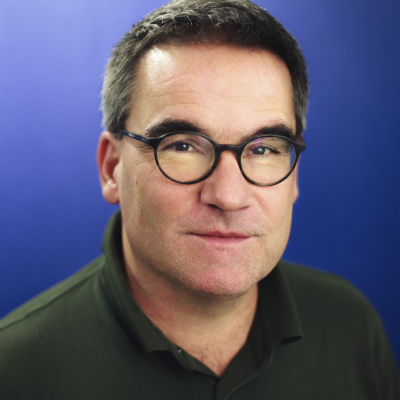 Born in 1964 in Berlin, Bernd studied political science at the Free University of Berlin. He has had various curatorial responsibilities for several film festivals, and since 1996 he has been associated with the FilmFestival Cottbus in various positions, finally becoming the event's programme director in 2015. Starting this year, he is responsible for the programme of the Jewish Film Festival Berlin and Brandenburg. He also programmes the competitions of the European film festival Cinedays in Skopje and works as a selection consultant for the Berlinale section Forum. He also works as a film journalist and lecturer and is a member of the European Film Academy. 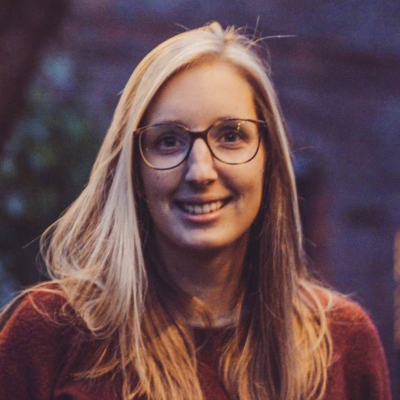 Ewa graduated in Media Arts from the Academy of Fine Arts in Warsaw and Film Producing from Polish Film School in Łódź. In 2015 Ewa joined sales company New Europe Film Sales in Warsaw. As New Europe's Festival Manager she's worked on such festival hits as The Last Family by Jan P. Matuszyński, Summer 1993 by Carla Simon, Winter Brothers and A White, White Day by Hlynur Pálmason and many others.

Ewa is in charge of New Europe’s marketing and just recently worked on campaigns for such films as SWEAT by Magnus von Horn (Cannes 2020 Official Selection), The Disciple by Chaitanya Tamhane (Venice 2020 Competition), Lamb by Valdimar Jóhannsson (Cannes 2021 Un Certain Regard) and Oscar Nominee Corpus Christi by Jan Komasa. 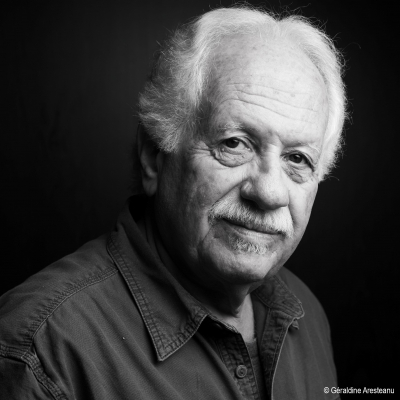 Katriel studied at the New York University Film School. He founded his own production company, Belfilms, producing over 150 films. In 1999 was appointed the CEO of The Israel Film Fund authorizing the support and the production of 300 feature films. He has received many awards, among them The Chevalier de l’ordre des Arts et des Lettres, Berlinale Kamera, Special Medallion of the Telluride Film Festival, and The Variety Award. 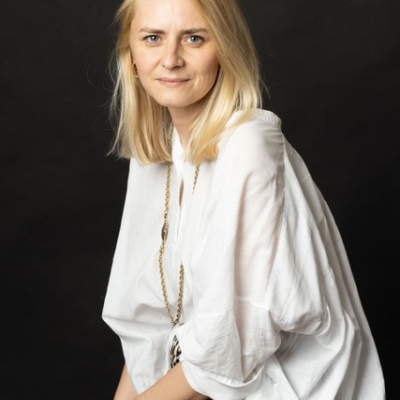 Maria is an academically trained theater and film actress. Her international TV career started in 2003 with a leading role in the BBC production Gunpowder, Treason & Plot. Then she was cast in the acclaimed British miniseries Sex Traffic, receiving a Gemini Award for her role as a young Romanian sold into slavery. Maria starred in her first Romanian production, Love Sick by Tudor Giurgiu, which premiered at the 2006 Berlinale. She has worked across Europe in Belgium, France, Austria, Germany and England. For her performance in Die Zweite Frau by German director Hans Steinbichler she won a Grimme Preis in 2009. She worked closely with director Radu Muntean as she starred in Tuesday, After Christmas that premiered in Cannes in 2010, One Floor Below and Alice T., and returns this year to Cannes with his most recent film Întregalde. 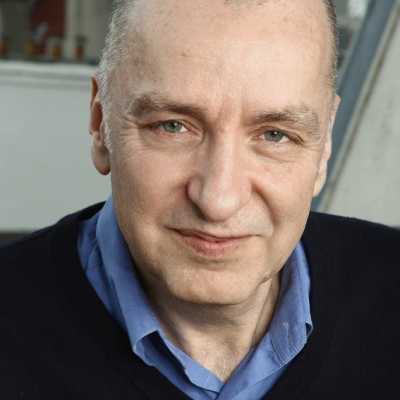 Christian’s prolific experience and expertise is the result of a long career with the world’s leading film festival at Cannes. He works on presenting the Festival abroad and in locating films. He joined the team of the most prestigious international film festival in 1983. At first, he worked in the Press Office, and has since 1995 managed the Festival’s Film Department, where he is in charge of the pre-selection and selection process. As a deputy, he maintains close operations with the Cannes Film Festival General Delegate Thierry Frémaux, who is considered to be among the most influential people in the world film industry. He has also translated over one hundred films from English into French. 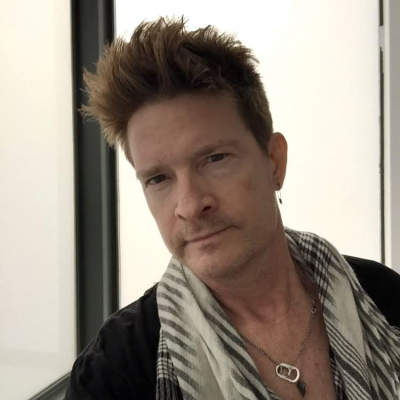 Scott knows his craft from both sides of the camera through his work as a director, writer, actor and producer. Filmmaker Magazine named him one of the “25 New Faces of Independent Film” for his film first film, Ellie Parker, starring Naomi Watts and Chevy Chase. His second feature, Adult World, premiered at the Tribeca Film festival. His screen adaptation of Haruki Murakami’s All God's Children Can Dance screened as the opening night film of CineVegas and at the Deauville International Film Festival. As an actor, he has appeared in numerous films including three John Hughes films, Nicholas Kazan’s Dream Lover and several David Lynch movies including Lost Highway, Mulholland Drive, Inland Empire and, of course, Twin Peaks: The Return. Scott’s latest feature film It Takes Two will be released in September 2021. 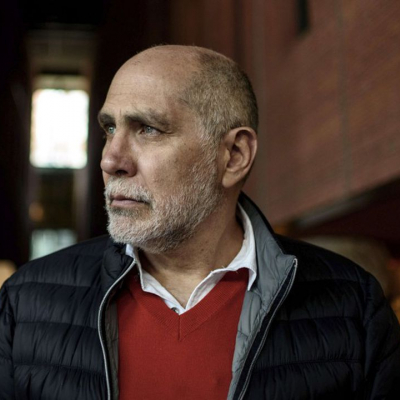 Guillermo is one of the most influential filmmakers hailing from Mexico. He became famous overnight in 2000, when Amores Perros, a film he wrote and Alejandro González Iñárritu directed, world premiered in the Critics' Week sidebar at Cannes being hailed as one of the best features of that year. After this impressive success, Guillermo and Alejandro were invited to Hollywood, where they worked together again, writing and directing 21 Grams, a film that received two Academy Awards nominations, and Babel (seven Academy Awards nominations, winning a trophy for Best Original Score).

Guillermo switched to directing in 2008, when his first feature The Burning Plain, starring Charlize Theron, was released. Besides his filmmaking career, Guillermo is also an accomplished writer. His first novel, “Escuadrón Guillotina”, was published in 1991, while his most recent, “Salvar el fuego”, hit the bookstores last year.