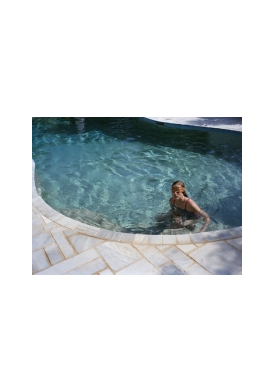 The father, the mother and their three kids live in a house at the outskirts of a city. There is a tall fence surrounding the house. The kids have never left the house. They are being educated, entertained, bored and exercised in the manner that their parents deem appropriate, without any influence from the outside world. They believe that the airplanes flying over are toys and that zombies are small yellow flowers. The only person allowed to enter the house is Christina. She works as a security guard at the father’s business. The father arranges her visits to the house in order to appease the sexual urges of the son. The whole family is fond of her, especially the eldest daughter. One day Christina gives her as a present a headband that has stones that glow in the dark and asks for something in return.