08.06.2012 21:40
Transilvania IFF is close to the end of its 11th edition, after eight days full of screenings, special events, concerts, book launching and masterclasses. 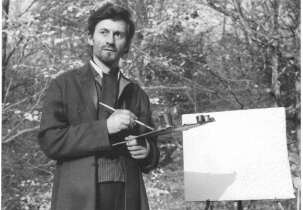 Saturday, June 9th at 20.30, at the National Theatre in Cluj, at the Closing Ceremony the audience will discover the winner of Transilvania Trophy and will meet Geraldine Chaplin, Mari Törőcsik and Ion Caramitru at the ceremony where they will be honored with the Lifetime Achievement Award.

Ștefan Luchian (d. Nicolae Mărgineanu) will be screened at Cinema Florin Piersic, Saturday at 18.15 in the honor of the actor Ion Caramitru. In Ursus Open Air, at 21.45 Geraldine Chaplin will introduce the screening of And If We All Lived Together ( d. Stéphane Robelin), a comedy about five old friends who decide to move together in a retirement home.

At Cinema Victoria, at 16.15 the audience is invited to decide the fate of the protagonist in the first Romanian interactive film, Kiddo directed by Millo Simulov. Kiddo is 19 and lives in a poor neighbourhood with her alcoholic father and her disabled brother. Sport is her only mean to get a better life.

Sunday, June 10th, at 21.45 in Ursus Open Air, Transilvania IFF closes with the screening of Starbuck, directed by Ken Scott. At 42, David lives the life of an irresponsible adolescent until he discovers he’s the father of 533 children.

In the last two days at the festival, the screenings and the Q&A’s will continue in TIFF’s locations. Saturday at 15.30, at Cinema Arta, the audience can meet DOP’s Iosif Demian and Vivi Draga Vasile at the screeninig if Stone Memory. The documentary describes an emotional journey made 40 years after, in the places where the principal photography for the film Stone Wedding took place. The filmmakers which made the documentary 8th of March will talk about how was celebrated the Woman Day in Communism at Cinema Victoria after the screening at 12.30. At 13.00, at Cinema Arta, Gabrielle Provaas will answer questions from the audience after the screening of her film, Meet the Fokkens. From Kubrick 100% , Taxi Driver will be shown in a restored version.

Other highlights are Mathew Mishory’s documentary Joshua Tree: A Portrait of James Dean (Cinema Arta 17.00), Dreileben (Casa de Cultura a Studentilor, 16.00) Tyranossaur (d. Paddy Considine) and Jafar Panahi’s This is Not a Film, the documentary the Iranian director made during his house arrest.

In Odeon Multiplex, the audience can see all the 12 films from competition in a last re-run. 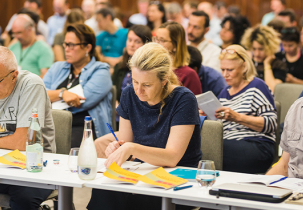