18.05.2012 12:02
One of the most beloved Hungarian actresses, Mari Törőcsik will receive The Lifetime Achievement Award on June 9th, in the closing ceremony of Transilvania International Film Festival, at Teatrul National in Cluj. 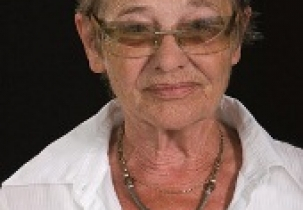 The audience will have the chance to see the famous actress in the special screening of Szerelem/ Love, directed by Károly Makk, the film which brought her a Special Mention at Cannes in 1971. Mari Törőcsik plays the role of Luca, the wife of a political prisoner, who is trying to hide from her mothe-in-law the truth that the old woman's son has been arrested by Stalinist authorities.

Mari Törőcsik starred in more than 120 movies, creating long-lasting characters which brought her numerous awards and the love of her audience. She made her debut in 1955 with Merry-Go-Round directed by Zoltán Fábri, and very soon she was given important roles in films such as: Holdudvar/ Binding Ties (d. Márta Mészáros, 1968), Elektra/ Elektreia (d. Miklós Jancsó, 1974), Macskajáték/ Cat’s Play (d. Károly Makk, 1972), Szamárköhögés/ Whooping Cough (d. Péter Gárdos, 1986) or Szerencsés Dániel/ Daniel Takes a Train, directed by Pál Sándor. In 1990, she played in Music Box, the thriller directed by Costa-Gavras.

Mari Törőcsik played unforgettable roles in her husband's films, director Gyula Maár. For one of them, Déryné hol van?/ Mrs. Déry, Where Are You?, she was awarded Best Actress at Cannes, in 1976. A complete recollection of Mari Törőcsik's experiences at Cannes was gathered by Gyula Maár in his documentary, Töröcsik Mari Cannes-ban (1997).