Superman, Spiderman or Batman, premiered within the Romanian Days at TIFF, won the prize for best European short feature at the Valladolid Festival 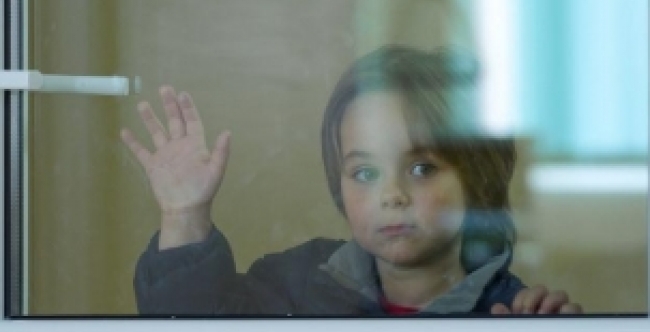 The prize consists of 2,000 euro and in the inclusion of the film on the list of the 15 shorts that will compete at the European Film Awards 2012. Thus, Superman, Spiderman or Batman is the first Romanian film competing for the European Oscar, which will be awarded on the 1st of December 2012, in Malta.

The 15 nominations for the European Film Awards are the winning shorts (during October 2011 – September 2012 period) from the most important film festivals in Europe, such as Ghent, Cork, Rotterdam, Berlin, Krakow, Vila do Conde, Bristol, etc.

Established in 1956, the Valladolid International Film Festival is one of the oldest and most prestigious in Europe, being appreciated for the high quality of the film selection, as well as for discovering many new talents.

Superman Spiderman or Batman tells the story of Aron, a 5-year old boy, who, together with his worried dad, one morning, leaves for the hospital, where he wishes, just like cartoon heroes, to save his mother from her heart disease.

The script was written by Doru Lupeanu, also known for his script for the short Faţa galbenă care râde (The Yellow Smiley Face), directed by Constantin Popescu.

The Director of Photography is Adrian Silişteanu, a long term collaborator of director Adrian Sitaru, the editor of the film is Eugen Kelemen, the casting was carried out by Kokino (Levente Molnar), who also collaborated for Morgen, and the executive producer is Bogdan Crăciun. The post-production was completed in the Chainsaw Europe studios.

The short Superman Spiderman or Batman is a Libra Film Productions production, co-financed by Romanian National Center and Zenith Media and realized with the support of Digital Cube.

Superman Spiderman or Batman will be screened during the 52nd edition of the Thessaloniki Festival International Film, in the section Balkan Survey, but also during the London Romanian Film Festival.