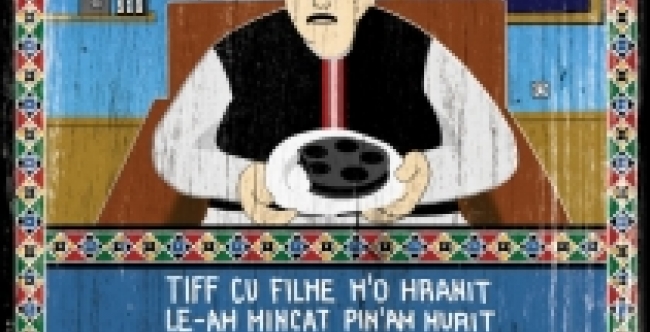 The official opening will take place on Wednesday, June 13th, at 22.00, in the Grand Square (Piața Mare) with the world premiere of Blutsbrüder teilen alles directed by Wolfram Paulus. The open-air screenings continue on Thursday, June 14th with Baikonur (d. Veit Helmer), and on Saturday, June 16th with the screening of Tudor Giurgiu’s latest feature, Of Snails and Men, in the presence of cast and crew members.

Special screenings will took place in the Gong Theatre (Teatrul Gong). Descendants directed by Alexander Payne and Pedro Almodóvar’s The Skin I Live In are the highlights of the program.

The unconventional space of Music Pub will host films related to music and other arts. The screenings will close on Sunday with Martin Scorsese’s documentary about the ex-Beatles guitarist George Harisson: Living in the Material World.

Twelve hours of films each day awaits the public in Habitus Cultural Centre (Centrul Cultural Habitus). From 12 PM to 12 AM, film buffs are invited to a spectacular selection, varying from Romanian films such as Nicolae Mărgineanu’s Ștefan Luchian and Adrian Sitaru’s Best Intentions to Kubrick’s last masterpiece Eyes Wide Shut and Lynne Ramsay’s acclaimed thriller, We Need to Talk About Kevin.

Transilvania IFF Sibiu 2012 will close on Sunday, June 17th, at 22.00 with the open-air screening of The Phantom Father directed by Lucian Georgescu.