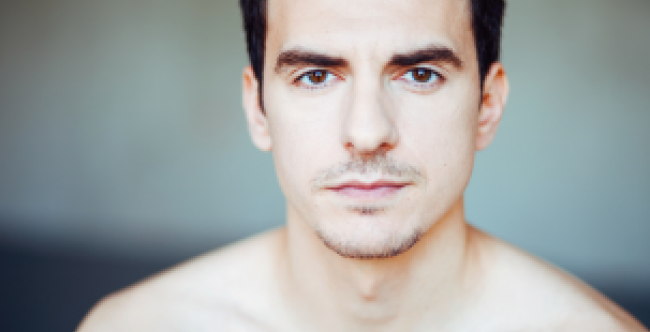 Alexandru Ion graduated the UNATC - National University of Theatre and Film “I.L.Caragiale” in Bucharest, Romania. In 2011, he got his Master’s degree diploma in the Art of Acting from the same university. He is one of the founders of “Ideo Ideis” National Young Drama Festival in Alexandria, Romania.

Current projects: acting in “Furtuna” at the National Theatre, in “Îngeri în America” at the Metropolis Theatre, in “Cine iubeşte plăteşte” at Godot Café Theatre, in “De ce n-o facem în drum?” at ACT Theatre, in “The History Boys” at Excelsior Theatre.

He played in advertising and commercial videos, he played various roles in student short films and had short appearances in feature films such as “Portrait of the Fighter as a Young Man” directed by Constantin Popescu, “Little Spartan” directed by Dragos Iuga and “Chosen” directed by Jasmin Dizdar.

He was part of the Romanian team attending the Sarajevo Talent Campus at the 2013 edition of the Sarajevo Film Festival.