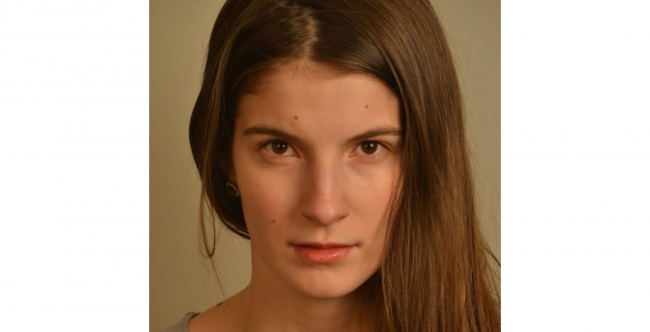 She is a graduate of the Theatre Faculty, the Drama section of the Caragiale Academy of Theatrical Arts and Cinematography in Bucharest (class led by Professor Florin Zamfirescu, PhD, 2014) and, currently, she is studying for her master’s degree in the Drama section, in Professors Gelu Colceag and Tania Filip’s class.

Cătălina is employed since 2016 at the Piatra Neamț Youth Theatre where she made her debut in may 2016 and can be seen performing in Peca Ștefan’s play called Missing Year. 1996, directed by Ana Mărgineanu. She has collaborated with the Small Theatre, the Bulandra Theatre, the National Center for Dance Bucharest, Arpas, dramAcum, ARCUB and Rampa company.

At the HOP Gala in 2015 she was awarded the Jury’s Special Prize- the ‘Sica Alexandrescu’ award and in 2014, at the Metropolis Gala, she was awarded the ‘Florin Zamfirescu’ award. In 2013, she won the award for best actress in a secondary role in the Students’ Theatre Nights festival for the role of Imme in Clay by Marijke Schermer.