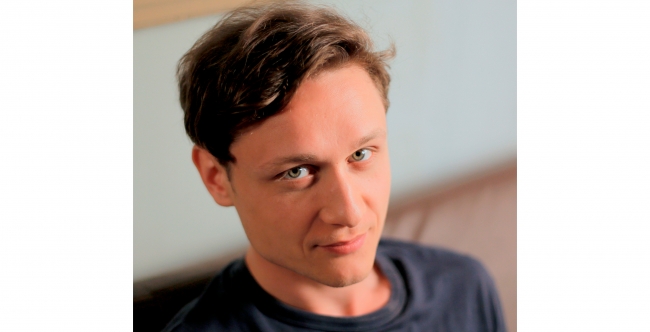 He is a graduate of the Theatre Faculty, Drama section of the Caragiale Academy of Theatrical Arts and Cinematography in Bucharest (2011, class led by Professor Florin Zamfirescu, PhD), where he subsequently obtained his master’s diploma (2013, in Professor Gelu Colceag’s class).

Present on the stages of various theatres in Bucharest (the Comedy Theatre, the Very Small Theatre, the Jewish State Theatre, the Bulandra Theatre, the Act Theatre, the Odeon Theatre), he has collaborated with directors such as Vlad Cristache, Laszlo Bocasrdi, Cristi Juncu or Bobi Pricop. He has also participated in workshops led by Andrei Șerban and David Esrig.

Currently, he can be seen performing in the role of Scripps in the History Boys play by Allan Bennett, directed by Vlad Cristache, at the Excelsior Theatre in Bucharest, in Brooklyn Boy directed by Cristi Juncu at the Comedy Theatre, in Vladimir Anton’s C.E.O.