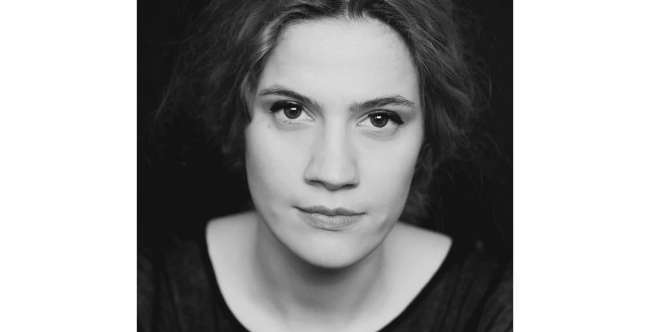 She was born in Satu Mare, studied in two universities in Bucharest (the National Art University - the Design and Decorative Arts Faculty, the Fashion section and the Theatre Faculty, Drama section, of the Caragiale Academy of Theatrical Arts and Cinematography) and today she is living in Cluj, as an employee of the Cluj-Napoca National Theatre (starting with 2014).

She has worked with directors such as Laszlo Bocsardi (Our class)Alexandru Dabija (Floor Covering), Andrei Măjeri (Death and Reincarnation as a Cowboy, Agamemnon), Gábor Tompa (Ubu Slammer!) or Ada Milea (Apolodor). She has collaborated with Răzvan Mazilu for the Odeon Theatre in Bucharest on West Side Story. She has also collaborated with the Timișoara National Theatre, the “Tamasi Aron” Theatre in Sfântu Gheorghe and the “Toma Caragiu” Theatre in Pitești.

In cinema, Sânziana has acted in various short films and played a role in 4 months, 3 weeks and 2 days, directed by Cristian Mungiu.

Since 2011, she is a trainer in the Alexandria Youth Theater Festival, Ideo Ideis.