About | TIFF
Home > About 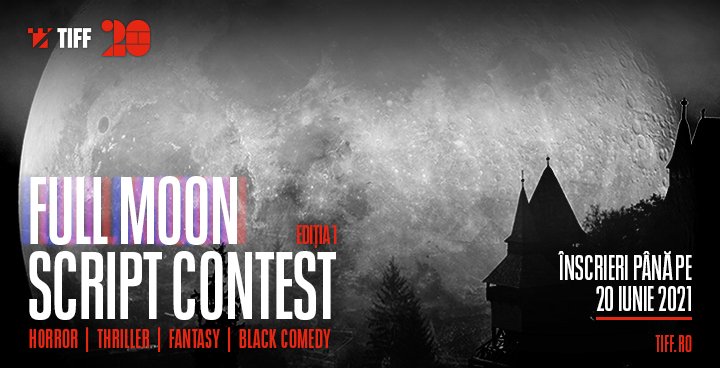 Despite their broad audience appeal, genre projects are still too few and far between in Romanian cinema. The Full Moon Script Contest intends to foment the development of such scripts, providing writers with visibility and with opportunities to meet partners and take steps towards potential productions. TIFF has always held a special place for genre cinema in sections like No Limit, Shadows, or Midnight Delirium; the TIFF team is also behind the Full Moon Horror & Fantasy Film Festival in Biertan, which has grown a faithful audience in its nine years of existence.

Both experienced and first time Romania-based writers over the age of 18 can participate in the Full Moon Script Contest with Romanian-language scripts falling into one of four genres: horror, fantasy, thriller, or black comedy. Each applicant can participate with one feature and one serial pilot project each.

A Jury made up of 3 film industry specialists – directors Andrei Crețulescu and Constantin Popescu, and film critic Cătălin Mesaru, artistic director of Full Moon Horror & Fantasy Film Festival - selects the 8 projects (5 features and 3 episodic pilot scripts) which will be invited to pitch to producers, directors, and streaming platform executives at TIFF 2021. Of these, one feature and one episodic project will each receive a 1,500 EUR prize; the two awards, selected by the jury, will be announced at the 2021 TIFF Closing Gala.