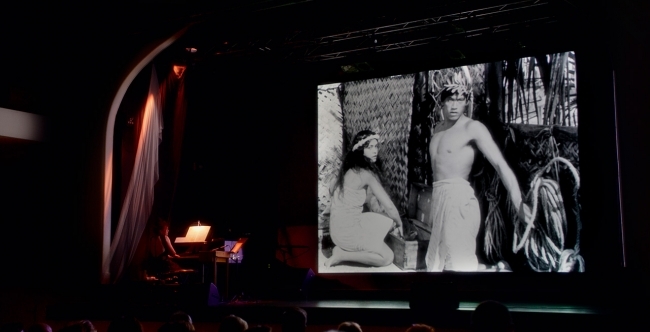 Christine Ott is a French Ondes Martenot virtuoso – one of the first electronic music instruments, invented in 1928. Also a pianist and composer trained as a classical musician, she has performed in numerous international festivals and opera houses as a solo artist or together classical orchestras. She has interpreted major classical compositions as well as recent pieces by Jonny Greenwood (Radiohead), Yann Tiersen and Tindersticks, as part of soundtracks for films by Claire Denis, Jean-Pierre Jeunet or Tony Gatlif. Christine Ott’s musical approach transgresses limits and is driven by her passion for new, enigmatic and captivating sounds.

At TIFF, the Ondes Martenot will accompany a film produced around the time when the instrument was invented, through an original score composed and performed live on stage. Tabu is the last film made by F.W. Murnau (Nosferatu, Faust, Sunrise) – a love story set in the enchanting tropical paradise of the Bora Bora island, produced and written with Robert J. Flaherty, the first successful docufiction director.