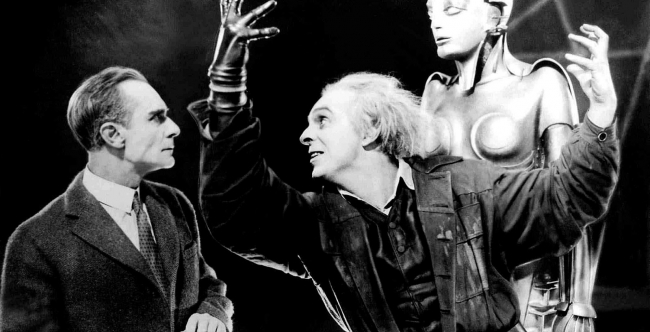 One of the events that should not be missed this year is the Metropolis cine-concert, Fritz Lang`s 1927 masterpiece, with the live accompaniment of the Transylvania State Philharmonic Orchestra in Cluj-Napoca, scoring the original music composed by Gottfried Huppertz, conducted by the German conductor Stefan Geiger. On Sunday, June 4, starting at 21.45, in the fantastic backdrop of the Banffy Castle, the dystopia created by the expressionist director Fritz Lang will bear new meanings through the grand interpretation of the Cluj orchestra.

Launched in 1927, Metropolis has influenced not only modern cinematography, but also pop culture, which has, along the way, borrowed and reinterpreted many of the symbolic elements used by Fritz Lang to illustrate the society of 2026.

With a portfolio of tens of projects of sound portrayal of cinema masterpieces, conductor Stefan Geiger has been conducting the Youth Symphony Orchestra of Bremen since 2002, and was chosen the main conductor of the National Symphony Orchestra of Panama, Brazil for the 2016/2017 season. He conducted the cine-concerts The Adventures of Prince Achmed, in 2013, and Pandora`s Box, in 2015.

Film presented thanks to Friedrich-Wilhelm-Murnau-Stiftung. Music offered with the help of the European Filmphilharmonic Institute

Event organised with the support of the German Cultural Center, Universităţii street, no. 7-9, Cluj-Napoca