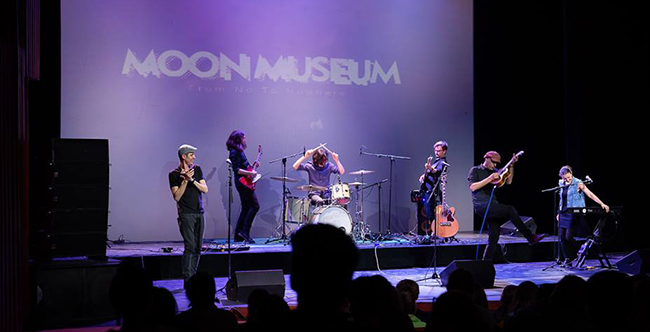 On Monday, 3rd of June, starting from 8:30 pm, you are invited to discover the Moon Museum’s universe. Initially born to render acoustic versions of Oigan’s solo album “Sex with Onions” Moon Museum is now an independent project working on its first album.

The name comes from a small ceramic wafer three-quarters of an inch by half an inch in size, containing artworks by six prominent artists from the late 1960s (Andy Warhol, Claes Oldenburg etc) attached to a leg of the Intrepid landing module, and subsequently left on the moon during Apollo 12. The moon museum is considered the first Space Art object.