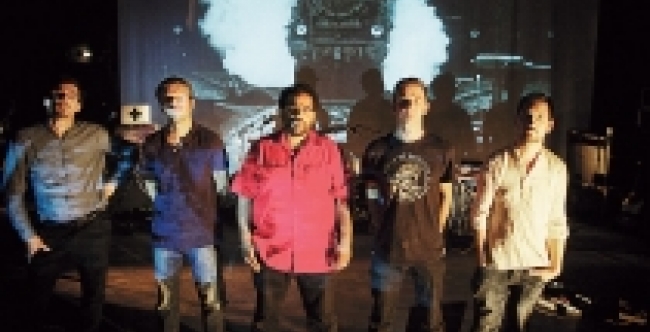 Zenzile, the most famous French dub reggae musicians since the 1990s, will perform a spectacular cine-concert at the Banffy Castle at Bonțida, on Sunday, the 31st of May, starting from 9:45pm. They will create a live soundtrack for the famous documentary directed by Walter Ruttmann in 1927, Berlin: Symphony of a Great City, a fascinating depiction of a single day in the Berlin of the 1920s.

The hypnotic rhythms of the music and the energic editing of the film go perfectly hand in hand. Zenzile single-handedly provoked an entire revival of dub, a genre related to reggae, when they started playing in 1996. To the genre’s past sound they added new influences, effects and voices. From this musical diversity, their new direction also came together, and their music started resembling trip-hop by the time they collaborated with Tricky on their album Living in Monochrome.

Zenzile will also perform another live show, on Monday, the 1st of June, at Casa TIFF.