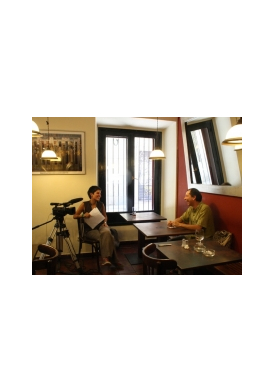 The 1001 images that the West has of Iran is the result of the news spread by the international mass media, or of the Iranian cinema: all these have contributed to the commonest clichés. If millenary Persia was the setting of the Thousand and One Nights with flying carpets and imperial splendour, the word Iran is now associated with the black of chadors, political Islam, the ayatollahs, a theocratic government, Koranic schools and the atomic bomb. These stereotypes and the confused things Europeans say about my country made me realize the need to make a film on the picturesque or grotesque images that Iran today evokes in the West. (Firouzeh Khosrovani)