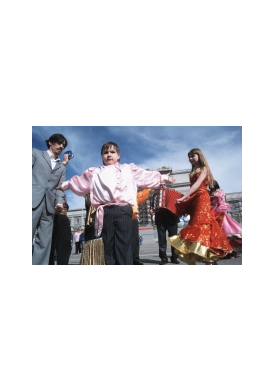 Apollo is a Greek guy who lives in Berlin. He’s a seducer and good-time-guy. He has an illegitimate child in Russia but does not even know whether it’s a boy or girl. But now Apollo must find the child, and fast, otherwise he won’t inherit the fortune left to him by his rich uncle. He finds out his child's name is Alexander Vasiliev and that's he is to take part in a big Russian talent contest. But when he finally arrives in the Russian city, Apollo discovers there are as many as 28 boys with the same name participating in the contest. Which one is his?