The Actress, the Dollars and the Transylvanians 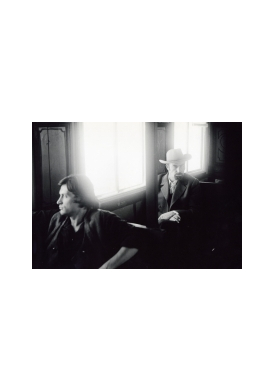 In the second film in the Transylvanians' trilogy the three brothers are on their way from the United States back to their motherland. The focus is on gunman Johnny, for whom the strange laws of the world beyond the ocean have no secret, Romulus, still in love with June and always willing to improve his English, and gruff Traian who is left dumbstruck, in a saloon, by the charms of singer Anabel. Marathon-screening with the three parts of the trilogy!