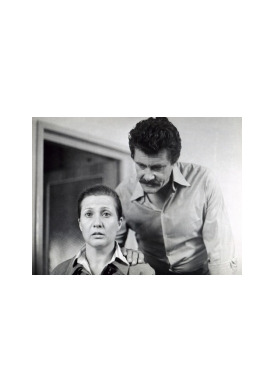 A matter-of-fact existence, made by days that are alike one to another: endless wanderings in the streets of Bucharest, unknown people, long evenings spent in front of the TV - this is the summary of a period of time in the life of a lone woman, a taxi driver. Angela seems to resign herself... up to the moment she meets Gyuri, a loner too, divorced from his wife. A strong man, decided to brave the hardships of live, this is the man near whom Angela will be able to... go on. A beatiful love story, a story that could easily be true.