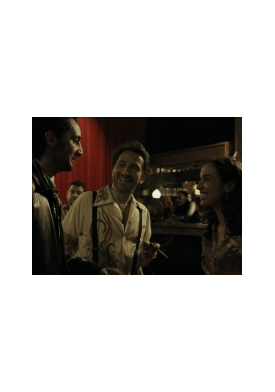 Somewhere in modern-day Brussels, Hassan, Aziz and Mounir are three friends who lead a life of pleasant apathy. Calling themselves 'Les Barons', they spend their days loafing around in unhurried torpor, bantering between each other and adhering to a curious theory which postulates that the fewer steps one takes in a lifetime, the richer and more satisfying one's interior life. But, as is so often the case, when real life crashes unpleasantly into their dream world, Hassan, Aziz and Mounir are forced to deal with life, love and the future.