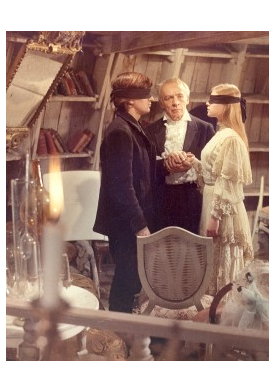 Obsessed, as by a curse, by the death of his father killed by gendarmes in obscure conditions, Ion decides to seek revenge. Alone and desperate, he starts searching for the truth, an impossible task in those insecure, troubled times. Finally, he joins a group of men who refuse to accept the social order imposed after 1945. They live beyond the sandcliffs in a place where freedom is the only thing that matters. Will Ion make himself at home here? Special screening in honor of actor Dan Nuţu, recipient of the Excellence Award at TIFF 2018.

Official Program - Beyond the Sandcliffs