THE BLOOM OF YESTERDAY 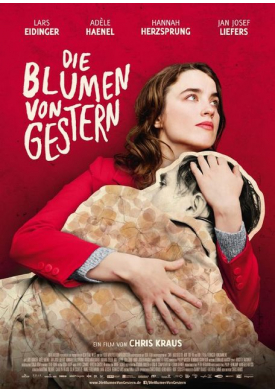 Totila Blumen is a Holocaust researcher. As such, he has no sense of fun. Totila is lumped with an intern: a very young and irritating French student named Zazie. As she follows Totila like a puppy and the measured academic becomes a nervous wreck. But it's no good moaning about it, so Totila ploughs on with his work, aided by the eccentric Zazie. She, however, appears to have an agenda of her own - and it's closely related to Totila's background and well-guarded family secret.