Bucharest - Year of the Dragon 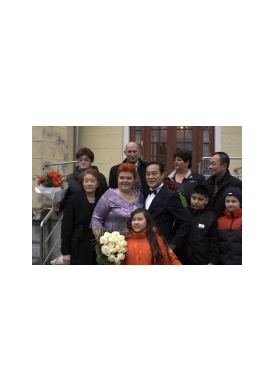 Han Wenlong is an illegal immigrant, whose dream to work on a building site in Eastern Europe came to an end before it even began. Shen Xiaoming is a business man who lives suspended between two worlds. Li Jianhua is a journalist who tells the story of a new community, found just at the beginning of the road. All these stories take place sometime in 2012 - the Year of the Water Dragon, in Romania, a country that shared, at a certain moment, a conjoint dream with China - the socialist dream.