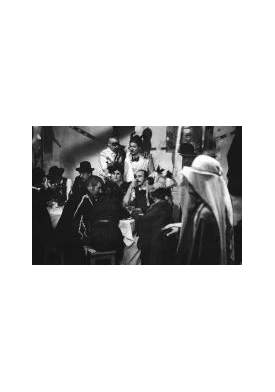 Banned for ten years, the film is based on Caragiale's play "Carnival Scenes" and explores the universe of peripheral petty bourgeoisie, a world of concretness and colour, stirred by petty problems, by sentimental affairs, a world of dubious morals which assumes noisily yet sincerely its passions. A mean world, with a mean language and a narrow mind. Didina Mazu, the kept woman of Pampon is in love with Nae Girimea, the barber, the Don Juan of his district. But Nae is also the lover of Miţa Baston, in turn the mistress of Crăcănel. A letter of Miţa's will raise scandal...